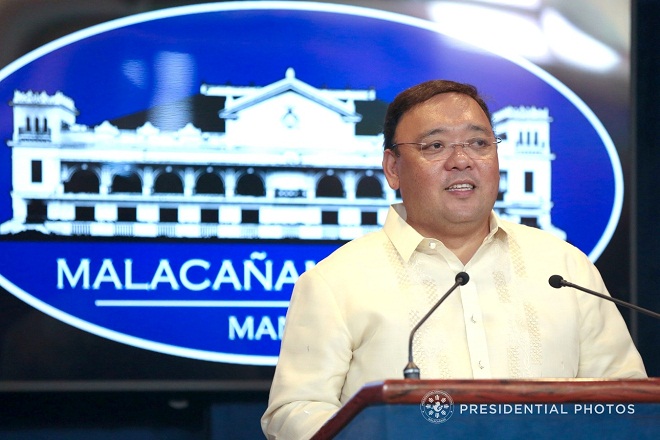 Malacañang said on Tuesday that enrollment in public schools is extended until middle of July.

"Good news for the parents, the enrollment is extended until July 15," he said.

Citing the data of the Department of Education, he said that so far, there were 15,223,315 who enrolled in the primary and secondary levels during the month of June. Enrollment was supposed to end Tuesday.

Of the total enrollees, only 672,403 were in private schools.

Roque said it was expected that the number of enrollees could be much lower compared to around 27 million last year.

Due to coronavirus pandemic, he noted that during the first 15 days of June, the enrollment was done online and on the second half of the month, forms were distributed to parents who did not have internet access.

With the extended enrollment date, the spokesman urged the parents to have their kids registered in schools.

"Let us not allow the education process of our children to be hampered even if there is COVID-19," he said.

The DepEd is planning to implement "blended learning" for the students with the use of internet, television, radio or printed materials this coming school year, with the opening of classes on August 24.

The government does not want classes to be held face-to-face to combat the spread of coronavirus. Celerina Monte/DMS