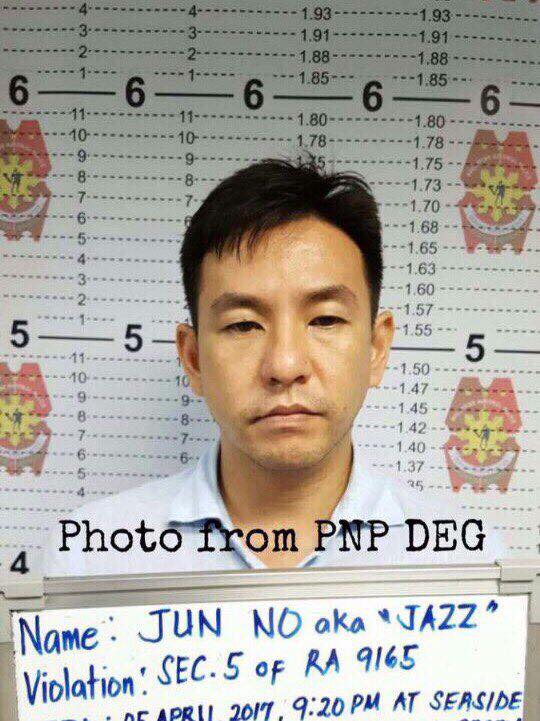 An alleged South Korean drug suspect who was captured early this month escaped from hospital arrest last Saturday as he was not handcuffed to his bed as agreed by authorities. Supt. Enrico Rigor, Philippine National Police (PNP) Drug Enforcement Group (DEG), spokesperson said Monday Jun No was confined at the East Avenue Medical Center after undergoing medical operation for acute appendicitis last April 10. Based on initial investigation, No escaped when his police guard went out for breakfast while a Philippine Drug Enforcement Agency agent was sleeping behind the suspect around 6:10 am on Black Saturday. Rigor said  based on the investigation by the Criminal Investigation and Detection Group (CIDG) the guards did not handcuff the suspect to the hospital bed during his confinement. “There was a briefing by DEG and it’s very clear that No should be handcuffed at all times to the hospital bed,” he said Before he escaped, No was reportedly given 3,000 pesos by his companion identified as Darleen Son. “We regret the fact that No somehow managed to escape by sheer luck, but anyway we have asked the CIDG to investigate and we have filed necessary charges against those responsible. We don’t condone the negligence done by our troops so they will face the full extent of law,” said Rigor. Rigor said No is in Metro Manila. “With his present medical condition that negates the possibility of him getting far,” added Rigor. Rigor said Son was arrested in a follow-up operation by the DEG operatives.  She will be charge for obstruction of justice as police believe the money from her was used by No to escape. “Violation of Section 5 in relation to Section 7 of RA 9165 with a recommendation bail of P 200,000 against Darleen Son,” DEG report stated. SPO2 Michael Macarubbo of PNP-DEG and IO2 Ernie Eugenio of PDEA, the guards of No will also face charges. “The case was filed at Quezon City Prosecutors Office under Assistant City Prosecutor Gibson Araula, Jr. who find probable cause to hold SPO2 Macarubbo and IO2 Eugenio for violation of Article 224 of RPC with P6,000 bail recommended  for each respondent,” a report noted. (Robina Asido/DMS)   .