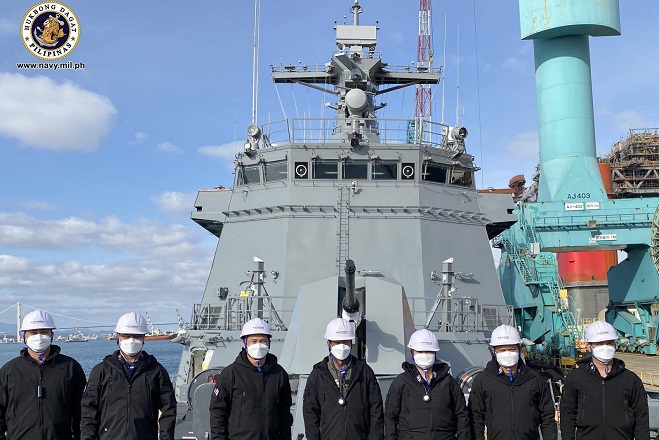 Negranza said the inspection of the second frigate will be done until January 30.

Due to travel restriction and production disruption caused by COVID-19 pandemic, some training activities and ILS deliveries have been delayed. ''Hence, completion dates and delivery schedules have been adjusted," Negranza added.

Negranza said if the frigate is found compliant to Technical Specifications and Build Specifications, the PN TIAC will issue the certificate of final acceptance to Hyundai Heavy Industries (HHI), as stipulated in the contract, before the team flies back to Manila on January 30.  Robina Asido/DMS