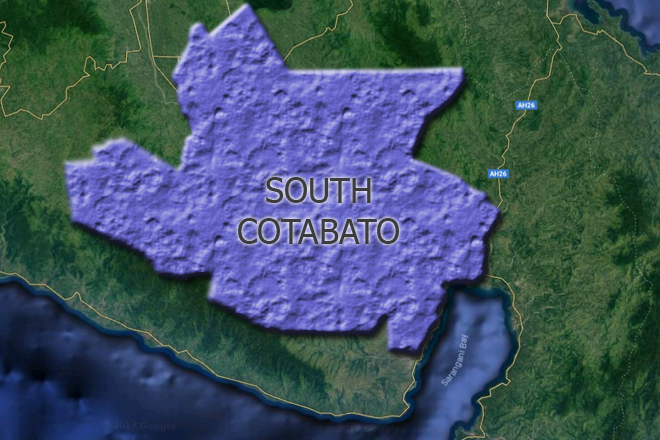 Four alleged members of a terrorist linked group were killed following a clash in South Cotabato on Thursday morning.

Western Mindanao Command chief Lt. Gen. Corleto Vinluan, Jr., said police and the 5th Special Forces Battalion were serving a warrant of arrest against Daulah Islamiyah-Maguid Group member when they encountered an undetermined number of armed men at the vicinity of  Sitio Malou Jawe, Barangay Basag, T’Boli  around 5 am.

“There was an armed confrontation which lasted for about 20 minutes after which the enemies scampered in different directions,” he said.

Delos Santos said the wounded suspects were rushed to the nearest hospital  but were declared dead on arrival by the attending physician.

"All of them are Dawlah Islamiyah (DI) Maguid group members under alias Tadoy and all  have standing warrant of arrest for murder," he said.

Delos Santos said government troops also seized two pistols, one grenade, one improvised carbine rifle, and packets of alleged marijuana from the possession of the suspects.

Brig. Gen. Roy Galido, commander of the 601st Infantry Brigade,  commended the troops of the 5th SFBn and its police counterpart.

Maj. Gen. Juvymax Uy, commander of the Joint Task Force Central lauded the contribution and support of the local government and stakeholders to the government forces. Robina Asido/DMS