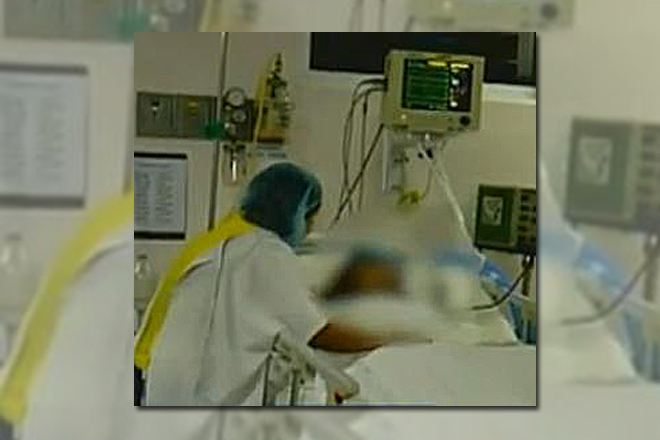 Girl hit by bullet dies after four days in coma

After fighting for her life for four days, a 15-year-old girl died Wednesday night at the Jos? R. Reyes Memorial Medical Center (JRRMMC) in Manila.

In a phone interview, health department spokesman Eric Tayag said the girl died at 6:10 pm after being deep coma since she was found unconscious in her home in Malabon a few minutes before New Year.

“We are still waiting for her death certificate before we can give out more details,” said Tayag.

Health Secretary Paulyn Ubial said the girl suffered from cardiac arrest at 5:30 pm and attempts to resuscitate her failed.

“The only reason she is alive is because of the respirator,” Tayag earlier related.

Authorities on Tuesday filed charges against the suspect behind the indiscriminate firing in Malabon City that hit the girl.

Chua didn't identify the victim since a manhunt operation is going on.

According to investigation, Chua said the suspect had an argument with the area's barangay tanod few blocks away from the victim's house.

"If you're going to check the area of incident, it is not the place where the shooting happened," he explained in a TV interview.

He said the barangay officer ran towards the direction of the victim's residence after the suspect started shooting him.

"According to the statement, after the (suspect) saw him (barangay officer) he already fired a shot, reason why he run. He is not even sure how many shots was fired but he thinks there were two more shots going to the direction of the teen," he said.

He added that the victim is texting that's why the trajectory of the bullet went to her head. Robina Asido, Ella Dionisio/DMS