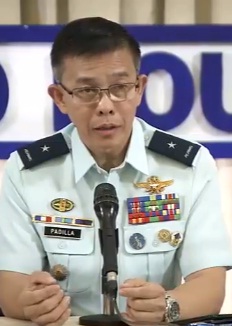 The Philippine government is establishing a tent city in the war-torn Marawi City for displaced residents, a military spokesman said on Friday. Brig. Gen. Restituto Padilla of the Armed Forces of the Philippines said the government has already ground broke the resettlement area in the area of Marawi "for the setting up of the initial tent city, which will be converted to a temporary resettlement. "And the request of local government as well as the evacuees is to be provided not just tents but primarily elevated habitation that could provide a more decent housing for the Muslim families." He said based on the plan, there will be about 3,000 units to be temporary shelters for evacuees whose houses have been damaged during the conflict. For the residences which have not been damaged, he said once the cessation of hostilities has ended and the all-clear signal has been given, they will be assisted in returning back to their homes with the local government, the provincial government, and the military, as well as all agencies of government under the task force working hand-in-hand to start restoring back to normalcy the city of Marawi beginning with basic services that need to be provided, Padilla said. Among the basic services are the need for water, electricity, sanitation, and resumption of the economic life of the city through the provision of a temporary area for commercial establishments that could perform and deliver services and transact business, Padilla added. President Rodrigo Duterte has created the interagency task force Bangon Marawi and has earmarked an initial P20 billion to rehabilitate and reconstruction of the devastated city. Defense Secretary Delfin Lorenzana and AFP Chief of Staff General Eduardo Ano visited Marawi on Thursday to consult with the ground commanders and local government units for the preparatory activation of measures that have been in the discussions of the Inter-Agency Task Force of Bangon Marawi, Padilla said. (Celerina Monte/DMS)