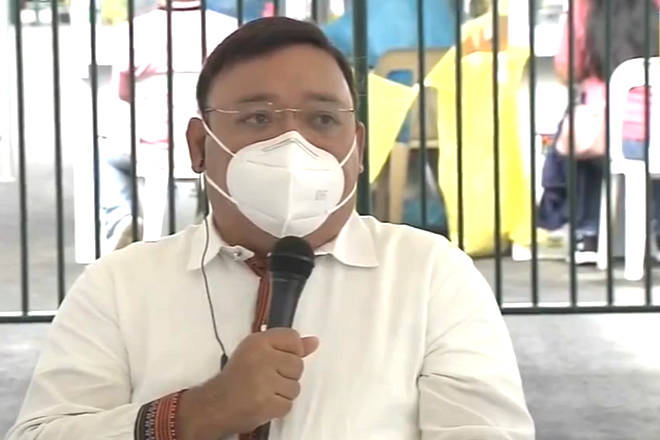 The Duterte administration is not favoring any foreign pharmaceutical company nor there is kickback of any official for pushing for the use of China's Sinovac vaccine against coronavirus in the Philippines, government officials said on Thursday.

In a televised press briefing, Presidential Spokesperson Harry Roque said President Rodrigo Duterte, in his public message on Wednesday night, merely stated that Chinese vaccines were as good as those developed in the United States and Europe.

"We don't have favoritism. It just happened that Pfizer cannot supply us because Pfizer's available stocks have been bought already by the rich countries," he said.

He noted that if there will be Pfizer vaccines by February, it can only be limited.

"What is important for the President is to further speed up the time to give protection to most of our people," Roque said.

He said in the case of Sinovac, it promised to deliver 25 million doses of COVID-19 vaccine this year, with the initial delivery of 50,000 next month.

Once the Philippine Food and Drug Administration approves the emergency use authorization for Sinovac, he said when it comes to safety and efficacy, it will be equal with the other brands from western companies.

"First of all, we won't use Sinovac if there is no EUA, so that is out of the question. Second, there's nothing to rethink because we have done all the steps to bring here as soon as possible any vaccine that will be proven safe and effective by the FDA. And it's only Sinovac that is sure right now (that can deliver). But as if it will surely be used (here), it depends on the FDA if it will give its approval," Roque said when asked on the calls from some senators for the Duterte administration to rethink its preference for Sinovac and to cancel the deal to purchase it amid its reported lower efficacy rate when used in the trial in Brazil.

In the same press briefing, Roque invited Dr. Edsel Salvaña, director of the Institute of Molecular Biology and Biotechnology at the National Institutes of Health at the University of the Philippines, Manila, who explained that under the World Health Organization, the minimum efficacy rate is 50 percent in order for a vaccine to be considered "useful."

"So, any vaccine that prevents 50 percent of disease, whether it's mild, moderate or severe, is potentially a useful vaccine," he said.

Reports said that Sinovac vaccine resulted in just 50.4 percent effectiveness at preventing symptomatic COVID-19 infections when used in a trial in Brazil.

Meanwhile, on allegation that there could be kickback from Sinovac why the Duterte administration has been pushing hard for its use, Health Secretary Francisco Duque III, in the "Laging Handa" public briefing, said it was not true.

He said that National Task Force Against COVID-19 Chief Implementer and Vaccine Czar Carlito Galvez was specifically chosen by the President to handle the national immunization program against COVID-19, particularly the procurement, because of his integrity and honesty.

He said that Galvez, a retired military general and a hero in the Marawi siege, would not allow any corruption in the procurement of the vaccines. Celerina Monte/DMS