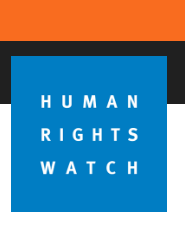 Human Rights Watch on Monday said the United States of America should oblige Philippine President Rodrigo Duterte to face accountability for the victims of his war on drugs rather than inviting him for an official visit. The statement came after White House announced last Sunday that US President Donald Trump invited Duterte to visit Washington. "Countries with close bilateral ties to the Philippines, particularly the United States, have an obligation to urge accountability for the victims of Duterte’s abusive drug war, rather than offer to roll out the red carpet for official state visits with its mastermind," HRW Deputy Director Phelim Kine said. The group said their research exposed a damning pattern of unlawful police conduct, designed to paint a veneer of legality over summary executions. "Many 3,271 killings, the police attribute to “vigilantes” are in fact death-squad style extrajudicial executions by police and police agents," it added. HRW said Duterte has been an enthusiastic "cheerleader" for those extrajudicial killings. "He has made repeated calls for the public to kill drug addicts as part of his anti-drug campaign. These calls could constitute criminal incitement to commit murder," HRW said. It added "(Pres.)Duterte has also repeatedly called for the Philippine National Police to target suspected drug users and drug dealers with extrajudicial violence, which could be considered instigating law enforcement to commit murder." The human rights group said Duterte's war on drugs has resulted in the "brutally violent" death of thousands of Filipinos. (Ella Dionisio/DMS)