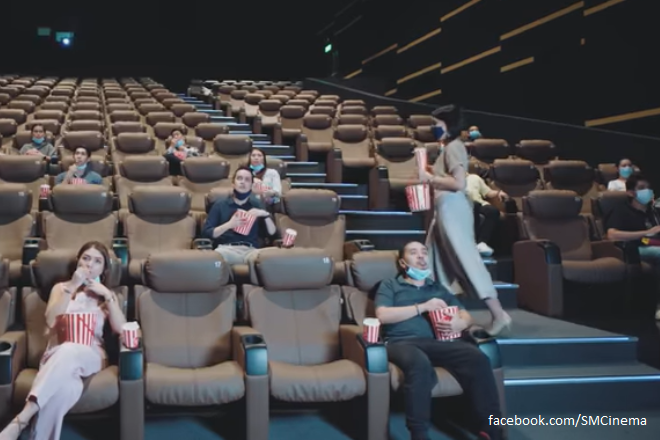 The Inter-Agency Task Force for the Management of Emerging Infectious Diseases has allowed limited operation of some establishments, such as review centers, gyms and cinemas starting August 1, Malacañang said on Wednesday.

In a statement, Presidential Spokesperson Harry Roque said the approval was made during the 59th IATF meeting on July 28.

"(Th)e IATF approves the recommendations of the Department of Trade and Industry to recategorize Category IV industries to Category III industries thereby allowing their limited operation in areas under General Community Quarantine," IATF Resolution No. 59 read.

"All of these recategorized business activities shall gradually resume operations at 30% operational capacity starting August 1," he said.

Roque, who is also the spokesperson of the IATF, said the DTI, in coordination with the Department of Health, is crafting the mandatory health protocols for each business activity.

In the same meeting, the IATF also approved business activities under Category IV in areas under modified general community quarantine.

The DTI, along with the DOH, is also tasked to craft the mandatory health protocols for each business activity.

Meanwhile, Roque cited other establishments, which are still barred to operate.

"Cockfighting and the operation of cockpits, beer houses and similar establishments primarily serving alcoholic drinks, and kid amusement industries remain prohibited in any form of community quarantine," he said.

Metro Manila and a few other places have been under the GCQ, while most parts of the country are under MGCQ.

President Rodrigo Duterte is expected to announce the new quarantine classification for various parts of the country before August 1. Celerina Monte/DMS