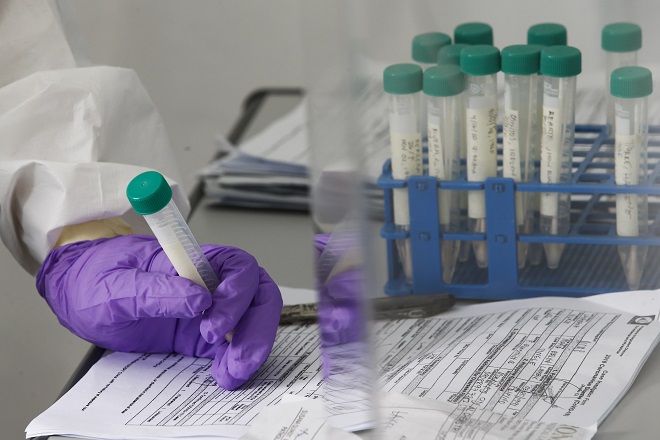 IATF OKs to further open up economy; eyes to lessen COVID-19 positivity rate to 3% by end-July

The Inter-Agency Task Force for the Management of Emerging Infectious Diseases has approved the recommendation of the economic team to further open up the Philippine economy.

"It is hereby resolved that the IAFT supports the recommendations of the Economic Team of the IATF as presented by the National Economic and Development Authority to further open up the economy," IATF Resolution No. 50 dated June 29, which Malacanang released on Tuesday.

According to Presidential Spokesperson Harry Roque, while the economy would be further opened up, the IATF revisited the strategies in combating the spread of coronavirus, including the accelerated testing with the goal of attaining positivity rate of three percent of the total number of individuals tested by the end of July this year.

"We will continue to expand the testing and we expect, our target after July of this year is to have a 3 percent positivity rate," he said.

Government officials said that the country's current positivity rate is about 5-6 percent.

Part of the strategy to open up the economy is to boost confidence of people to go back to work and to restore consumption demand, Roque, citing the IATF resolution, said.

In doing this, Roque said testing strategy shall be expanded to include other segments of the population as recommended by the National Task Force in consultation and coordination with the Department of Health Advisory Group and the Philippine Health Insurance Corporation.

He said there will be consultation with the local government units on the moving up of the economy of Regions III (Central Luzon), IV-A (Calabarzon), and the National Capital Region towards easing up of community quarantine status.

To strengthen the mitigating measures, Roque underscored the need to strictly enforce minimum public health standards; ensure protection of vulnerable population; maximize the test, trace, and isolate and treat infrastructure; and use the full support of strategic communications.

Roque said the task force is also geared towards a more localized quarantine at the municipal or barangay levels once evidence of steady progress towards meeting the targets is observed.

The IATF also wants to optimize the use of sufficient and safe public transportation to facilitate the opening up of the economy, he said.

The spokesman added there were specific proposals by the economic cluster to make a thorough study to determine if there is scientific evidence that would prove that it is dangerous to use public utility jeepneys.

The government has not allowed yet PUJs to operate in Metro Manila. But in the provinces where there are limited modes of public transportation, traditional jeepneys have been allowed to ply on the streets. Celerina Monte/DMS