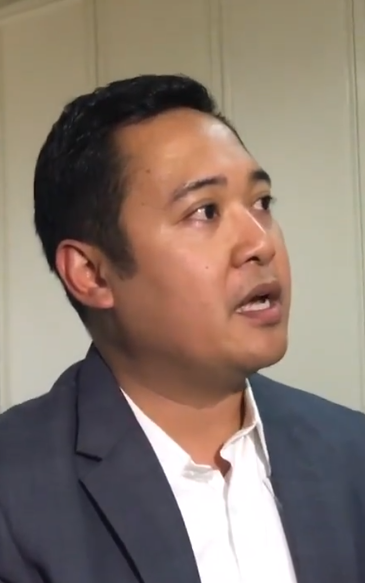 Impeachment complaint vs Robredo fizzles out

An impeachment complaint against Vice President Leni Robredo failed on Tuesday after the petitioners could not get a lawmaker from the House of Representatives to endorse it. Partylist Representative Jericho Nograles asked lawyers Bruce Rivera and Trixie Angeles to leave his office after they presented to him an impeachment complaint bearing the congressman’s name as one of the complainants. “Do I know you? Have we met? Why did you use my name? Did I give you a Special Power of Attorney?” Nograles, a nephew of President Rodrigo Duterte, told the two. In his press conference before Nograles’ revelations, Rivera refused to name the lawmaker that his group was trying to endorse the complaint. Rivera admitted Duterte’s call for his allies to stop plans to impeach Robredo could be why lawmakers hesitate about endorsing their complaint. The Impeach Leni Movement wants Robredo removed for betrayal of public trust following her video message to the United Nations Commission on Narcotic Drugs, in which she talked about the victims of administration's deadly campaign against illegal drugs. Rivera said the impeachment is not connected to former Senator Ferdinand Marcos Jr electoral protest in the vice presidential race. “I am not a Bongbong Marcos voter nor am I a part of the Bongbong Marcos team. The protest is separate from our impeachment,” he said. (DMS/Alanna Ambi)