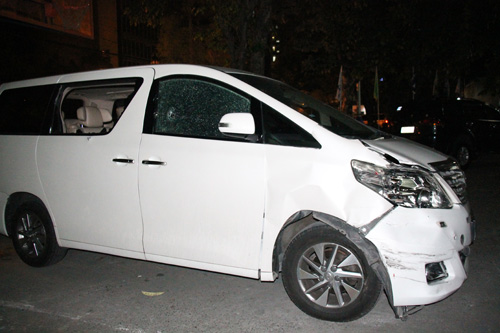 The family of Japanese Seiki Mizuno, who was killed by motorcycle riding criminals on Thursday, arrived on Saturday in Manila from Japan.
Upon arrival, Mizuno’s wife, Takako, 48, and his father and younger brother went to a funeral parlor in the city of Manila where they identified the remains of their relative, staff of the funeral parlor told the Manila Shimbun.
Mizuno's body will be flown to Japan on Wednesday.
An investigator of the Manila Police District said they have interviewed some other Japanese nationals who were with the victim when the ambush took place at around 8:30pm on Thursday along Roxas Boulevard in Ermita, Manila.
But the investigator admitted that they remained "blank" as to the motive of the killing.
This was the first time that Mizuno, a businessman, visited the Philippines. DMS