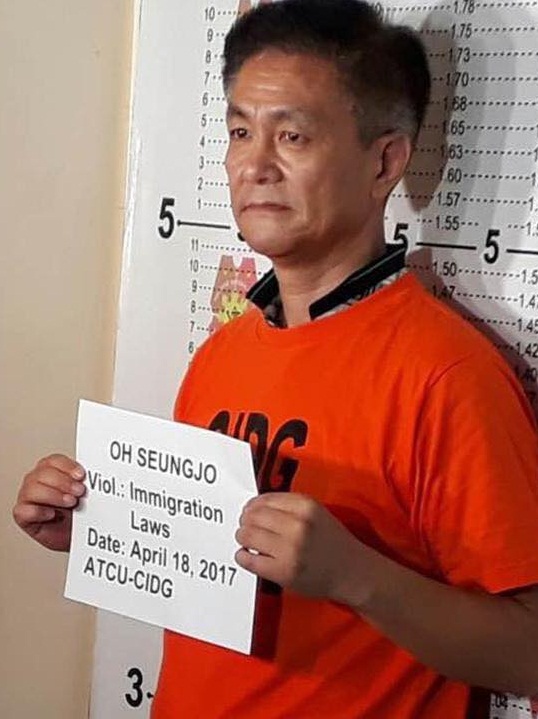 A Korean fugitive was arrested by government authorities in a joint law enforcement operation in Muntinlupa City last Tuesday. In a report, the Philippine National Police (PNP) Anti-Transnational Crime Unit (ATCU) identified the arrested South Korean fugitive as Oh Seung Jo, 51,. ATCU detectives and operatives of the Bureau of Immigration fugitive search unit arrested the suspect at the vicinity of Acacia Hotel at 5400 East Asia drive corner Commerce Cvenue, Gulon Vest Corporate city, Alabang, Muntinlupa City around 10:35 pm. The report noted the arrest was made by virtue of Interpol Red notice and Bureau of Immigration arrest order “Oh Seung Jo, established in 2015 his company Ticket Life Co Ltd where he appointed himself as Ceo. He engaged in investment scheme and promised a 2 percent interest per month.  He was able to stash the amount of 72,342 ,690, 529 Korean Won, (3 billion pesos) from numerous Korean victims,” the report stated. It also mentioned the suspect fled to the Philippines sometime 2016 and continued his illegal activity. “He used different names and transferred from hotels until he was arrested in Acacia Hotel,” it added. The suspect will be turned over to Bureau of Immigration for deportation proceedings. (Robina Asido/DMS)