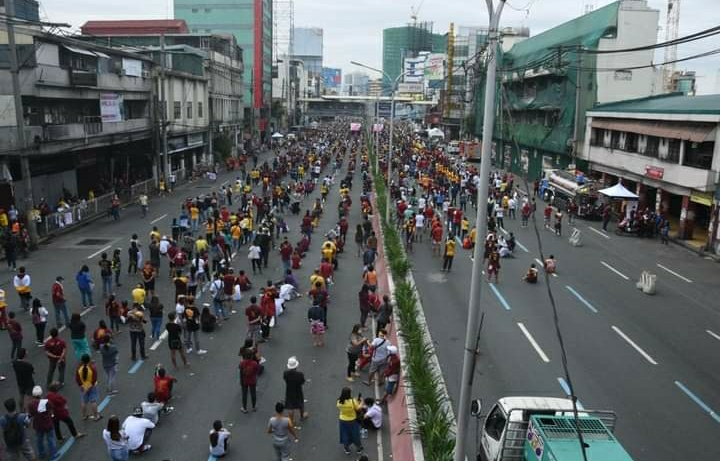 The garbage collected during the celebration of the Feast of the Black has last Saturday dropped by 66 percent compared to the previous year.

According to the Department of Public Services (DPS) of the city of Manila, less than half of the garbage collected in previous year was hauled.

"Only 110 metric tons were recorded for Traslacion 2021 while 330.3 metric tons of garbage(were collected) in the previous year," the Manila Public Information Office said.

"This is equivalent to 42 truckloads of garbage collected by the 600 DPS personnel deployed from January 8 to 10," it added.

DPS Director Kenneth Amurao said the decrease of garbage can be attributed to the "absence of the actual Traslacion this year and implementation of strict health protocols" set by the government.

It can be recalled that the traditional grand procession of the image of the Black Nazarene was canceled by Quiapo Church officials in observance of minimum health protocols due to the threat of COVID-19. Robina Asido/DMS