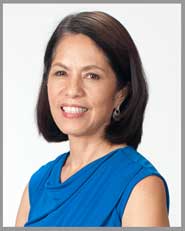 Environment Secretary Gina Lopez on Tuesday made a final pitch to the Commission on Appointments to prove she deserves to stay in her position. The bicameral commission will decide if Lopez will be confirmed as environment secretary on Wednesday. “I’m not closing my mind to possibilities but right now we’ve been mining this country for 100 years. We have no proof at all, no rehabilitated mines and certainly no rehabilitated open pit mine. So, let’s put the welfare of our people first by adopting the precautionary principle.” Lopez told the commission in a hearing. Lopez has ordered the closure of 22 mining companies, suspension of four this year. She has cancelled mineral sharing production contracts in watershed areas. She also announced last week that she would ban prospective open-pit mines. Lopez presented to the commission that the toxicity in Basay, Negros Oriental is 500 times more than the optimum and 70 percent of the population in Palawan has mercury poisoning. In the hearing, Senator Allan Peter Cayetano asked Lopez whether she thinks all mining are inherently evil and she answered “Absolutely not.” Lopez said the implementation of mining polices is the key. “I think everything, the key is in implementation, there is no industry, there is no logging, there is no mining or anything which is good all the time” she said. “What I’m into now is building models which show how we can uplift the lives of the people through care of the environment”” she said. Lopez said the mining industry is not bad but mining companies should get their act together. Lopez did not attend the final day of her confirmation hearing before Congress went on a Holy Week break. President Rodrigo Duterte reappointed Lopez along with Health Secretary Paulyn Ubial. Agrarian Reform Secretary Rafael Mariano and Social Welfare Secretary Judy Taguiwalo. (Alanna Ambi/DMS)