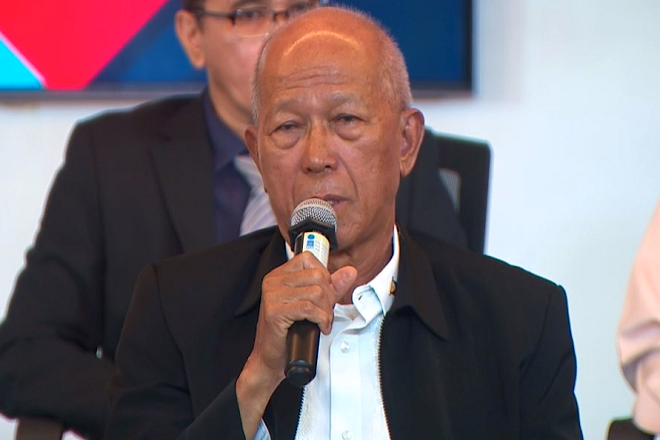 Lorenzana sets condition for dialogue with UP

Defense Secretary Delfin Lorenzana said he is open for dialogue with the officials of the University of the Philippines (UP) regarding the termination of a 1989 agreement with the Department of National Defense but officials should answer why there were UP students who died during clashes between the military and the New People's Army.

"Yes I am open to dialogue I appreciate the ... of a lot of well meaning people like members of the Senate who passed the resolution for us to dialogue. Secretary (Harry) Roque has offered his office for dialogue between me and (UP President) Danilo Concepcion," he said in a press briefing with defense reporters on Wednesday.

"Now I am willing to talk to him but they should answer why these people died with the NPA. These are the list of students from all UP campuses who died during the encounter with the Armed Forces. Explain to me why did it happen to them," he said.

The document Lorenzana carried showed 17 alleged UP students were killed in fighting between the military and NPA.

"Why did they fail to protect these young kids from joining this organization and get killed? As a parent, I'm really sad for these kids who died like this... so they should explain that. If they can explain that, we can talk. If not, then forget it," he added.

Lorenzana said compared to students from other schools and universities most NPA members and cadres who got killed during encounters with military forces were from UP.

"UP should answer me why their students became like this. They have the most number of students. There are a few from other schools but most numbers of cadres and NPA that we have killed were from UP. They should answer that, I am open (for dialogue). Just explain this," he said. Robina Asido/DMS