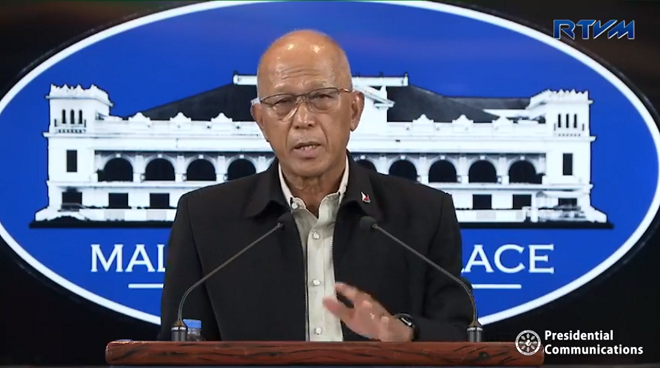 Defense Secretary Delfin Lorenzana welcomed the issuance of the warrant of arrest by a Sulu court against the nine policemen involved in the killing of four Army intelligence personnel in Sulu last year.

"That’s good news. Now the (Philippine National Police) PNP has legal basis to arrest them. They were reportedly released because their discharge became effective and there was no arrest warrant," Lorenzana said on Friday.

News reports quoted Honey Delgado, the spokesman of the Office of the Prosecutor General, the warrants of arrest against the nine policemen were issued by Sulu court on Thursday.

Delgado said the plea for the issuance of the hold departure orders against the nine policemen is scheduled on Friday.

Following the issuance of the warrant of arrest the Armed Forces of the Philippines (AFP) urged the nine policemen to voluntarily submit themselves to authorities and face the trial before the court.

"Albeit issued belatedly, we are glad that the (Regional Trial Court Branch 3) RTC Br. 3 of Jolo found probable cause to issue warrant for the arrest of the nine suspects in the murder of four Army Intelligence personnel," Maj. Gen. Edgard Arevalo, AFP spokesman said on Friday.

"The arrest and subsequent detention of the suspects is without bail indicating that the court considers that the evidence of their guilt is strong," he said.

"We urge the respondent police personnel to surrender, else the AFP, the PNP, and other agencies of government will vigorously search, find, and deliver them to court without delay to face trial for multiple murder," he added. Robina Asido/DMS