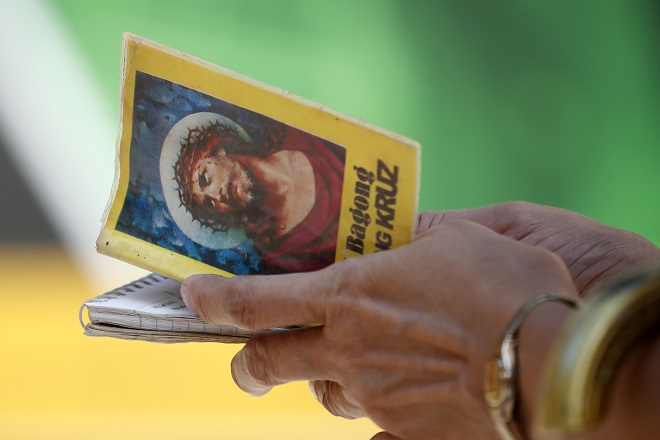 Many Filipinos see importance of religion in their lives – SWS

As the country ended the observance of the Lenten season, many adult Filipinos said religion is very important in their lives, an independent pollster said on Sunday.

“The opinion that religion is very important has been dominant in all SWS surveys since December 2015. The latest figure of 83 percent is a new record-high that surpassed the previous record of 82 percent in December 2016,” it said.

“The Social Weather Survey items on attendance at religious services and importance of religion were not commissioned. They were done on SWS’s own initiative and released as a public service,” it said. Ella Dionisio/DMS