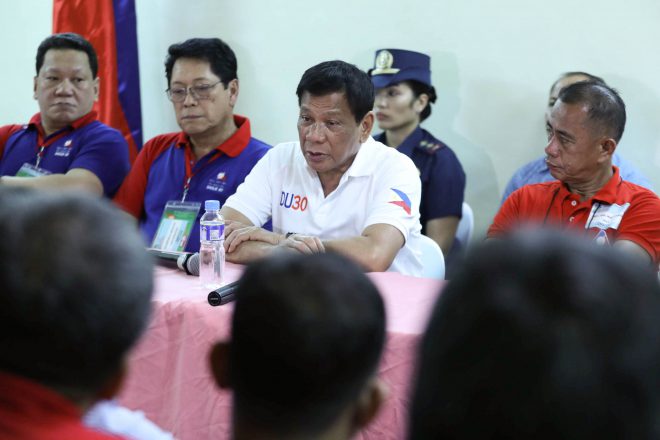 Labor group Sentro ng Nagkakaisa at Progresibong Manggagawa (Sentro) assailed President Rodrigo Duterte for failing to address workers’ concerns. In an interview Monday, Sentro Secretary General Josua Mata said they are disappointed with the Labor Day speech of Duterte. "Yesterday, we were expecting him to issue an Executive Order that will supplant DO (Department Order) 174 issued by DOLE (Department of Labor and Employment). But what we got is another set of promises," said Mata. "This is the 5th time he promised to end contractualization since he campaigned for the presidency…He has yet to do anything concrete to live up to his promise to the working class," said Mata. "Frankly, our patience is running low.” Duterte is set to meet with labor leaders on May 10. In his Labor Day speech, Duterte said he will sign an Executive Order to implement labor laws against labor-only contracting or "endo". Duterte appealed to labor groups to give him “more time” to end contractualization, as it is not easy since some businesses are seasonal. The Federation of Free Workers (FFW) said it has “guarded optimism” that Duterte will still fulfill his campaign promise to end contractualization. "The opportunity to end contractualization in all its forms is still promising under this administration,” said FFW President Sonny Matula. He cited Duterte's act of asking labor leaders to propose a draft for a new order against contractualization he will consider in his review. DMS