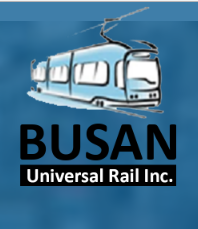 Busan Universal Rail, Inc., which has a three-year contract ending 2019 to maintain the Metro Rail Transit, said on Thursday the government cannot unilaterally terminate its arrangement because of reports of daily train stoppages. In a response to a letter by the transportation department, Busan rejected the claims of the agency the firm failed to “satisfactorily perform work obligations”. Busan said its contract “implicitly recognizes that temporary stoppages of Light Rail Vehicles (LRVs) due to either system error/malfunction, deterioration of track and LRV equipment, etc., are unavoidable, and hence, the contract provided for procedures that BURI is required to undertake to address such matters.” The transportation department in January 2016 signed a P3.8-billion three-year contract with Joint Venture of Busan Transportation Corp., Edison Development & Construction, Tramat Mercantile Inc., TMICorp, and Castan Corp. to do maintenance works of the rolling stock and signaling system. Busan said as early as that time it told the transportation department  of “the current deteriorated track condition of the MRT-3 system and its consequences, among which include service interruptions and stoppages.” Busan said its recommendations to cope with this problem are still “to be acted upon” by the government. The MRT3 maintenance provider said it restored 2 to 3 cars every month since its contract started to meet the requirements set by the transport department DM