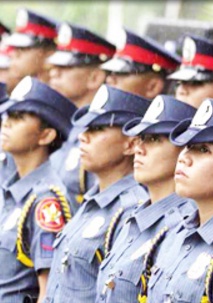 The National Police Commission (Napolcom) approved the reorganization and renaming of the Philippine National Police Anti-Illegal Drugs Group (AIDG) to PNP Drug Enforcement Group and the creation of Drug Enforcement Units under the PNP  to strengthen the government’s war on drugs. This is in compliance with the recent order of President Rodrigo Roa Duterte for the PNP to resume its campaign against illegal drugs after it was temporarily suspended to pave the way for a new strategy that would accelerate the government’s programs in eradicating illegal drugs. Napolcom vice-chairman and executive officer Rogelio Casurao said  the Commission issued Resolution No. 2017-317 dated June 2  approving the proposals of the PNP for the reorganization and renaming of the Drug Enforcement Groups and the creation of  Drug Enforcement Units to make the police force more effective in the campaign against illegal drugs and substances. “The creation of Drug Enforcement Units aims to intensify the government’s war on drugs to effectively deal with the complexity of drug operations, involvement of organized crime groups in drug trafficking, and in the dismantling of clandestine drug laboratories and other plant sources of illegal drugs,” Casurao said. The PNP-DEG shall conduct all-out and sustained operations against national and international syndicates and personalities engaged in the production, importation and trafficking of illegal drugs in support of the Philippine Drug Enforcement Agency (PDEA). The PNP-DEUs shall act as the operating arms of the PNP in the regional level down to the city and municipal levels and shall implement the PNP’s anti-illegal drug strategy in their respective areas of responsibility. DMS