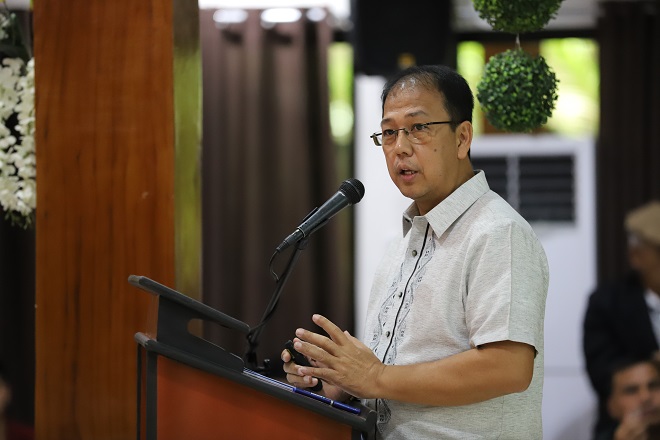 The national government will provide vaccines against coronavirus disease for local government units which do not have funds for their immunization program, an official said on Wednesday.

National Task Force Against COVID-19 Chief Implementer and Vaccine Czar Carlito Galvez Jr. said that the national government is targeting 70 percent of each LGU's population to be vaccinated.

"We will make the allocation equitable and if they have already, the allocation is 70 percent, (if for instance the LGU) buys only 30 percent, the (national) government will fill in the 40 percent," he said in the "Laging Handa" public briefing.

"The LGUs which cannot buy because they do not have fund, we will be the one to fill in the whole 70 percent," Galvez said.

He added that the national government will shoulder other supplies, such as syringes, cottons, personal protective equipment, and the cold chains.

Some LGUs have already signed multilateral agreements with AstraZeneca for the supply of COVID-19 vaccines.

Galvez said his office has already asked the LGUs, being the "grassroots implementer" of the vaccination program, to make early preparation.

The LGUs were also asked to conduct massive information drive for the inoculation program, Galvez said.

He said the LGUs were also advised to coordinate with the provincial governors and the League of Cities or League of Provincial Governors. Celerina Monte/DMS