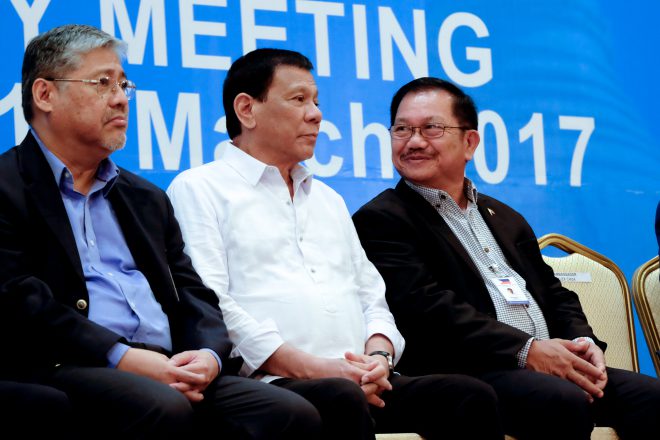 President Rodrigo Duterte has ruled out the possibility of giving former president and Pampanga Representative Gloria Macapagal-Arroyo a Cabinet post after she was removed as Deputy House Speaker. "I don't (think) she will accept it.  She cannot be working under a President when she was already a president. That will be quite a tall order for her to do that," Duterte said in an interview Sunday night in Myanmar. "But representing the people of the district of her own province would be somehow acceptable to even  everybody," Duterte added. But asked if he would consider Arroyo to lead a constitutional commission which will be tasked to change the Constitution for possible creation of a federal government, Duterte said, "maybe." But he added Arroyo might also decline the job.Arroyo was removed as Deputy House Speaker after she voted against the reimposition of death penalty. (Celerina Monte/DMS)