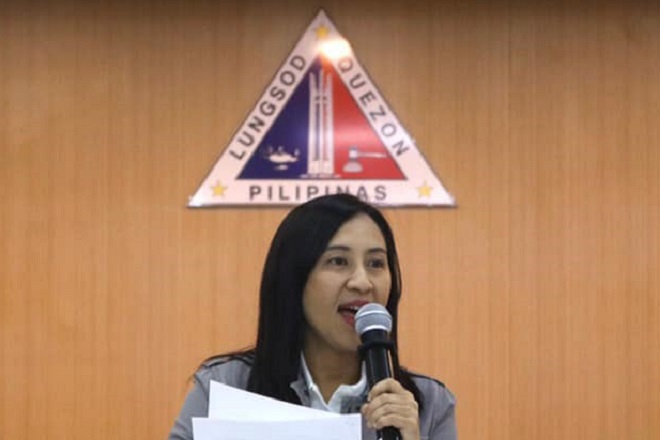 No need for lockdown in Kamuning: Belmonte

Quezon City Mayor Joy Belmonte on Thursday said there is no need to conduct a lockdown for now in Barangay Kamuning as the COVID-19 United Kingdom variant (B.1.1.7) was acquired by the patient abroad.

“Since the index case did not set foot in the barangay and it’s unlikely that he infected his neighbors. There is no basis for a lockdown,” Belmonte said in a press conference.

Belmonte said Barangay Kamuning, where the patient was residing, is one of the areas with the lowest number of COVID-19 cases.

“We have not observed any community transmission so I think the question on whether we will lockdown cannot be answered now,” she said.

She said they will implement a lockdown once they see a basis for it .

Belmonte admitted that residents from Barangay Kamuning are expressing fear and worry about the announcement made by the Department of Health (DOH) Wednesday night that a resident was tested positive on the new variant.

She said before the patient tested positive, he and his companion were tested negative last December 27 before they went to Dubai for a business trip.

Upon his arrival in January, he immediately went to the isolation facility while waiting for their COVID-19 test result.

“When they tested positive, as per protocol, the barangay was immediately informed and he was picked up by the Barangay Health Emergency Response Team (BHERT) from the hotel to the isolation facility,” the mayor said

“So this person did not violate the (health protocol) in the community, did not go home immediately and has no contact with anyone from Barangay Kamuning… He went straight to the isolation facility,” she added.

BHERT personnel who picked up the person have gone into isolation, according to Belmonte.

The patient still has pneumonia and is continuing his medication.

As an added precaution, the patient’s immediate household contacts have been brought to an isolation facility where they were also tested.

Belmonte said the treatment of the residents of Kamuning, including those who are not going to the public market, is the effect of the premature announcement by the DOH.

She said the employees living in Kamuning were not also allowed to go to work by their employers.

“That is very sad because this is a lack of information, education and awareness that could have been avoided had we given the opportunity to inform the public properly about it,” Belmonte said.

Belmonte assured her constituents that there is nothing to fear.

“Here in Quezon City, we have Anti- Discrimination Ordinance… Since we know that because of ignorance we do things that are unfair and unjust to our fellowmen and this is something we are ready to pursue if they continue to discriminate against the residents of Barangay Kamuning because of this case,” Belmonte said.

Belmonte also said the DOH communicated with the majority of the airplane passengers who are with the patient when he went home.

As of the data they acquired, 10 passengers also lived in the city and contact tracing is ongoing.

Belmonte said they have enough quarantine facilities in case there will be a surge in the number of COVID-19 cases in the city.

The City Epidemiology and Surveillance Unit (CESU) said they will strictly implement the 14-day isolation of residents, even foreigners, who will go back to the city.

CESU also initiated heightened surveillance in the community of the resident to determine the presence of clustered cases.

On Wednesday night, Belmonte stressed the need to intensify practicing minimum health standards and report all symptoms immediately, following the confirmation of the new COVID-19 variant in the city.

"We have to remain cautious and vigilant to avert the spread of this new variant. What is important is we take care of the resident, and make sure we don't sow panic in the community," she said. Ella Dionisio/DMS