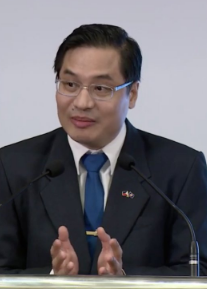 The Philippine government on Tuesday said there is nothing wrong with planned repairs and maintenance work in Filipino-occupied areas within the country’s exclusive economic zone. “Pag-Asa Island and the larger Kalayaan Island Group are a municipality of Palawan,” Department of Foreign Affairs spokesman Robespierre Bolivar said. “Any visit or activity we undertake there are part and parcel of our Constitutional mandate to ensure the safety, well-being, and livelihood of our citizens living in this municipality,” he added. Speaking to reporters during the port visit of three Chinese warships in Davao City on Sunday, China ambassador Zhao Jianhua, said the occupation and construction by the Philippines on several South China Sea areas is “illegal.” Defense Secretary Delfin Lorenzana, in a visit to Philippine-occupied Pag-asa Island last week said the government will start developing the island. The Philippine military occupies 10 islands and reefs in the disputed Spratly islands off the South China Sea - the biggest  Pag-asa Island. DMS