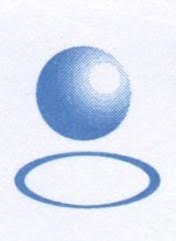 Onari, SyCip to get awards from Japanese government

Two Filipinos will be receiving awards from the Japanese government, the Embassy of Japan said Tuesday. Benedicto Onari and business leader Washington SyCip will be receiving separate awards. The Order of the Rising Sun, Gold Rays with Rossette will be conferred on Benedicto Zulita Onari, vice president of Cebu Nikkei Jin Kai (Cebu Filipino-Japanese Descendants Federation). “This is in recognition of Mr. Onari’s contributions in enhancing the social matters of Japanese- Filipino nationals in the Philippines and promoting mutual understanding as well,” the Embassy said in a statement. Onari has dedicated himself in achieving the mission and vision of Cebu Nikkei Jin Kai which is to help war displaced Japanese descendants  be recognized by the Japanese Government and the uplifting of the standards of living of fellow Nikkei Jin, the Embassy said. Onari headed commendably the Philippine Nikkei Jin Kai Rengokai (Philippine Filipino-Japanese Descendants Federation), an entity that is composed of all Nikkei Jin Kai all over the Philippines from 1993 to 2000. SyCip, the founder of accounting firm SyCip, Gorres and Velayo & Co.  will be conferred  The Order of the Rising Sun, Gold and Silver Star. “This is in recognition of Mr. SyCip’s contribution to facilitating the development of locally-based Japanese companies, thereby promoting stronger business relations between Japan and the Philippines,” the Embassy said in a statement. As a pioneer in the industry, SyCip has served as business adviser to many Japanese companies in the Philippines through the SGV, a topnotch accounting and consulting firm established in Manila in 1946. SyCip’s commitment to foster friendly ties with the Japanese people dates back to the 1960s when he persuaded President Diosdado Macapagal to allow the very first branch of a Japanese bank to invest in the Philippine market, the Embassy said. This led to the subsequent entry of other Japanese trading firms and the revival of Japan-Philippines economic relations during that period. From then on, SGV, under SyCip’s strong leadership, has played a crucial role supporting the business operations of Japanese firms in the Philippines. SyCip also co-founded in 1968 the Asian Institute of Management (AIM) in the Philippines and has since served as chairman of its board of governors and its board of trustees. AIM has provided globally-recognized postgraduate studies especially among Asian nationals and has forged cooperation with several international partner schools, including Japanese universities. SyCip was instrumental in the creation of the Japanese garden “Tsuru Ki en” located at the Washington SyCip Park in Makati to promote better appreciation of the Japanese culture among Filipino people. DMS