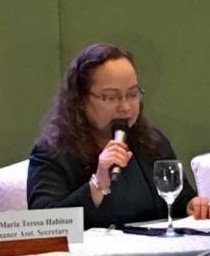 At least one million Filipinos quit smoking from 2009 to 2015, a survey said, but smokers are around 15.9 million even as Health Secretary Paulyn Ubial called the decline historic. In a press conference, the health department said the Global Adult Tobacco Survey - Philippines 2015 showed tobacco use prevalence among Filipinos 15 years old and above has gone down from 29.7 percent in 2009 to 23.8 percent in 2015. "One million Filipinos have quit tobacco use - the biggest decline we have seen in Philippine history, and we can do more to stop the suffering caused by this epidemic," said Ubial. The poll said public interest in quitting smoking has gone up from 60 percent in 2009 to 76 percent in 2015. "Three out of four smokers in the Philippines wants to quit and that families and health providers should support those who want to get out of nicotine addiction," said Ubial. She said this means at least a million Filipinos at lower risk from cancer, heart ailments, asthma, and chronic obstructive pulmonary disease. Victims of second-hand smoke have gone down in homes, from 54 percent in 2009 to 34 percent in 2015; and in the workplaces, from 32 percent in 2009 to 21 percent in 2015. But the survey said exposure to second-hand smoke remains high in bars and nightclubs, with 86 percent; and in restaurants, with 33 percent. A total of 11,644 were interviewed for the GATS 2015 which had a response rate of 92 percent. Ubial said the health department wants to reduce the number of smokers. "There are still too many Filipinos who shell out substantial amount of their monthly income to support their smoking habit. There is still much to be done in our country's efforts to limit and curtail tobacco use, especially for the economically-disadvantaged countrymen," said Ubial. Ubial said an executive order banning smoking in public places is”now in the table of the president for signing.” We were told that the President is set to sign it after his trips abroad," said Ubial. DMS