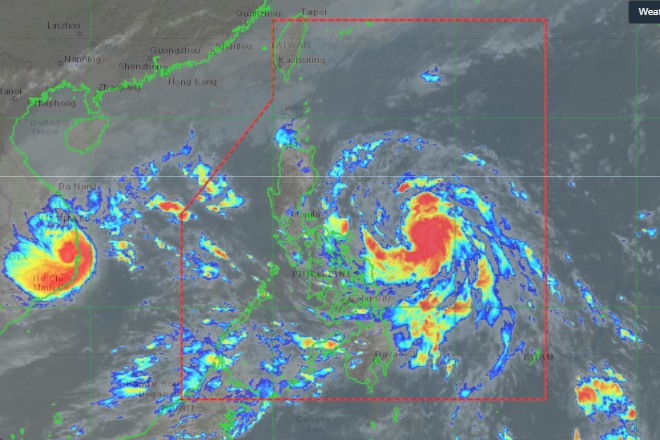 ''TCWS  Number 2 may be hoisted in some areas of Bicol Region this afternoon,'' said Pagasa.

It is moving northwest at  15 kph.

Areas under Tropical Cyclone Warning Signal Number one were Catanduanes, Camarines Norte, Camarines Sur, Albay, Sorsogon, the eastern portion of Masbate, including Ticao and Burias Islands, and the southern portion of Quezon .