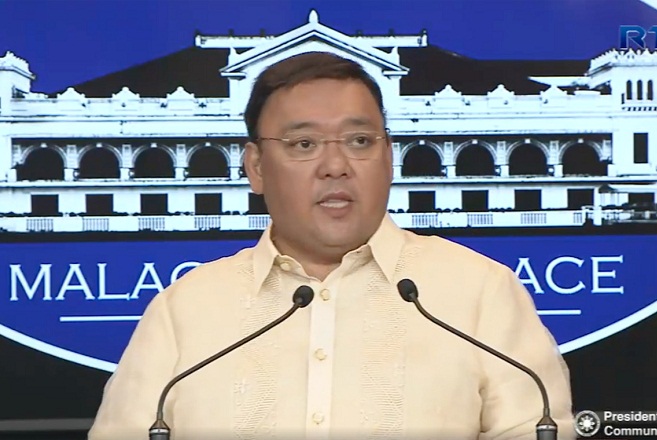 Malacanang denied on Tuesday that the national government is monopolizing the planned purchase of vaccines against coronavirus disease.

Presidential Spokesperson Harry Roque made the statement after some senators wondered why the national government was not allowing the local government units and the private companies to buy on their own the vaccines.

"It came out that some were saying that there was a monopoly in purchasing the vaccine. And many are saying that the local government should be allowed to buy their needs. Well, I just want to make it on proper context: The local government can buy the vaccine, but by entering into what we call as the multilateral agreement for the advance purchase and this is for the AstraZeneca vaccine," he said.

Under the multilateral agreement, he explained that the signatories are the Philippine government, the Department of Health, AstraZeneca, and the local govenrment. It will be the local government that will pay for the medicine and will be responsible for the delivery and distribution of the vaccine to their constituents.

Roque said the LGUs have also agreed to adopt the national immunization program wherein the inoculation will be geographical and sectoral priorities.

"So, it's clear, we're not prohibiting (the local government); there's no monopoly of the national government in buying the vaccines," he said.

As to the private sector, the companies could also only purchase the vaccine from AstraZeneca by entering into an agreement with the national government and the pharmaceutical company.

Meanwhile, Roque said that by July, there will be more brands of COVID-19 vaccines to choose from and not only China's Sinovac.

He said Pfizer and AstreZeneca vaccines might come in by July.

"From February to June, we don't have any other choice. That's why if you don't want Sinovac, you won't be forced. But if you are included in the priority (list), if you are health workers, senior citizens and you don't want that (Sinovac), you will lose being part of the priority," he said.

Roque said an individual who will waive his right to be on the priority list will have to wait again for the vaccine after the rest of the Filipino people have been vaccinated.

The government has been criticized after Roque, in a press briefing, on Monday said that the Filipinos could not be "choosy" when the government launches the immunization program.

Some Filipinos have raised concern over the safety and efficacy of the COVID-19 vaccines, including those coming from China. Celerina Monte/DMS