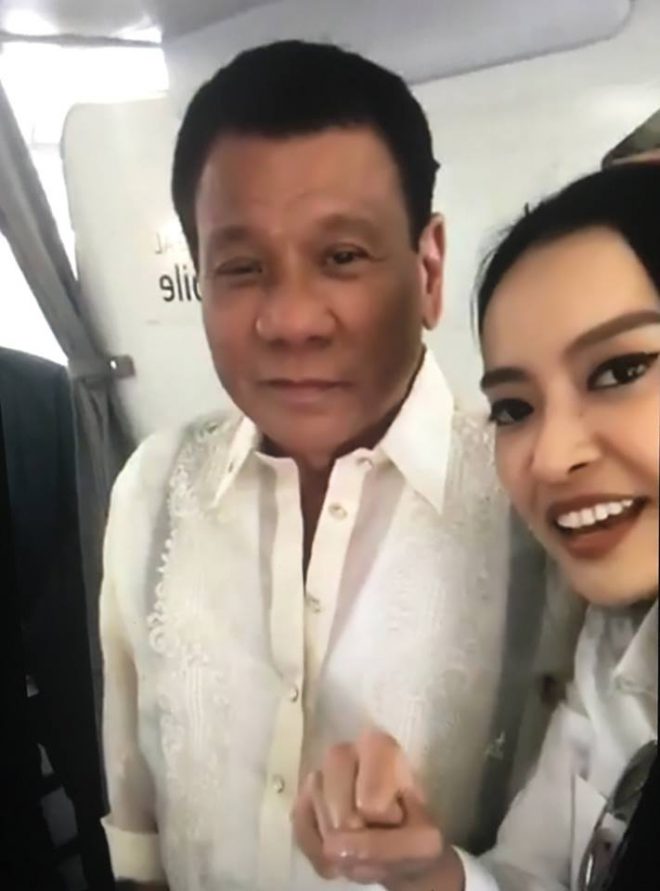 Malacanang justified on Tuesday the inclusion of Mocha Uson, board member of Movie and Television Review and Classification Board, in the official delegation of President Rodrigo Duterte to his trip to the Middle East. Presidential Spokesperson Ernesto Abella, in a statement, confirmed Uson, a former sex guru and dancer, accompanied Duterte to Saudi Arabia, Bahrain and Qatar. "She (Uson) has a large following among the overseas Filipino communities, especially in the Middle East, and it is in their interest that she has come to help boost morale and well-being," Abella said. Uson is a known supporter of Duterte and has been attacking the president's critics in her blogs. Ilocos Governor Imee Marcos is also part of Duterte's official delegation to the Middle East. Before departing from Davao airport on Monday, Marcos admitted that she requested Duterte to join the trip. She said many Ilocanos, especially women, are in the Middle East and  she wanted to know their situation there. In the same interview with reporters in Davao, Marcos said her brother, former Senator and defeated vice presidential candidate Ferdinand Marcos Jr. was "dying to work." "Bongbong (Marcos Jr.) is jobless...he's bored to death (because) he's not used to having not working," she said. But she added her brother is focused on his election protest filed before the Presidential Electoral Tribunal against Vice President Leni Robredo. She said Marcos Jr. is supporting Duterte and he is open to help the administration in any way. "I'm sure he'd be very willing to do so because his protest is so slow," Marcos added. The former senator is reportedly being eyed to be the secretary of the Department of Interior and Local Government after lapse of one year ban against losing candidate in the May elections last year. (Celerina Monte/DMS)