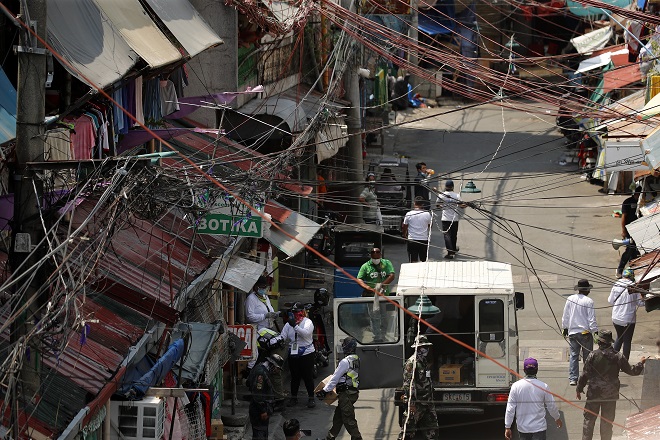 Malacañang said on Friday that it was saddened by the huge increase in the number of Filipino families who suffered involuntary hunger as shown by the latest survey amid the coronavirus disease pandemic.

In a television interview, Presidential Spokesperson Harry Roque attributed the almost doubling in the number of families who said that they experienced involuntary hunger due to lack of food to eat at least once in the past three months on the government's decision to close the economy to prevent the spread of COVID-19.

"Well, it's really saddening that's why (the government) is doing everything to provide assistance to the people," he said.

While the Palace wants to avoid such news, Roque, however, said, "when the economy is closed, many will really suffer and the President (Rodrigo Duterte) understands that."

The spokesman urged the Filipinos to help the government so that the country's economy would be fully opened in order to lessen the number of those who suffers from hunger.

Since March 17, the government has imposed quarantine measures in the country to combat the spread of COVID-19.

It was only on May 16, that the Duterte administration started to partially allowed businesses to operate.

In the latest Social Weather Stations survey, which was conducted on May 4-10 using mobile phone and computer assisted telephone interviewing among 4,010 working age Filipinos, who are 15 years old and above, it said that 16.7 percent or an estimated 4.2 million Filipino families experienced involuntary hunger at least once in the past three months.

The survey also found that almost all families or 99 percent received food-help since the beginning of the COVID-19 crisis, most commonly from government. Celerina Monte/DMS