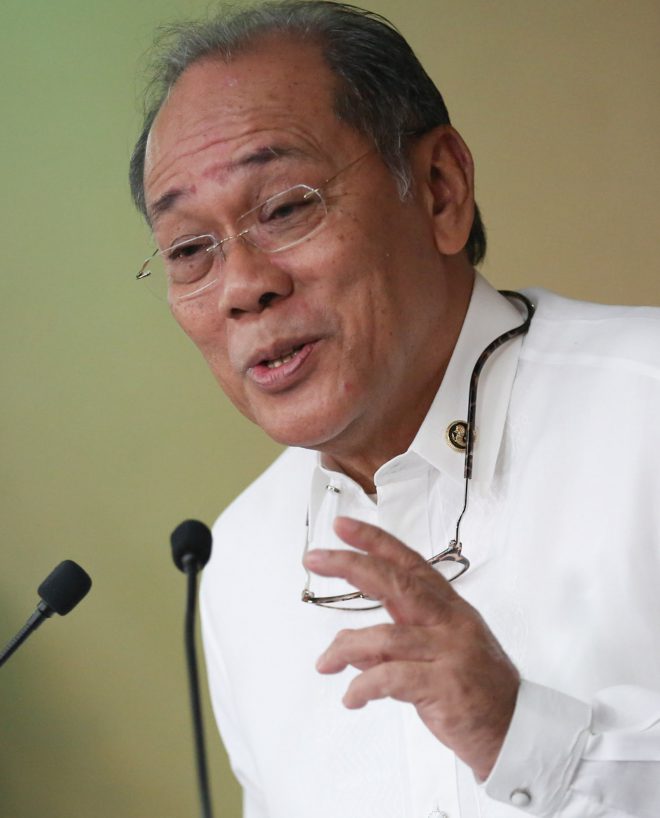 The Department of Justice can be proactive in filing charges against barangay officials who were allegedly involved in illegal drugs, Malacanang said on Tuesday. President Rodrigo Duterte has wanted to postpone once more the barangay elections in October as he expressed concern drug syndicates might use the exercise to re-elect their allies. He claimed 40 percent of the barangay captains have been into narco-politics. Presidential Spokesperson Ernesto Abella, in a press briefing, said Duterte did not want  barangay elections to push through so these alleged drug protectors would be kept out of active politics. Asked what the government has been doing against the barangay officials who were allegedly into illegal drugs, Abella said, "if the DOJ finds that (there were really barangay officials into narco-politics)...I think they should initiate their own moves." "I’m sure they can take initiative. Be proactive about the matter," he said. Meanwhile, in the same press briefing, National Privacy Commission chief Raymund Liboro said the Commission on Elections' data are more secured now. "Now, they have a data protection officer. They just came out with their privacy management program," he said, noting that this was his office's prescription after the leakage of the information of the voters from Comelec server last year. (Celerina Monte/DMS)