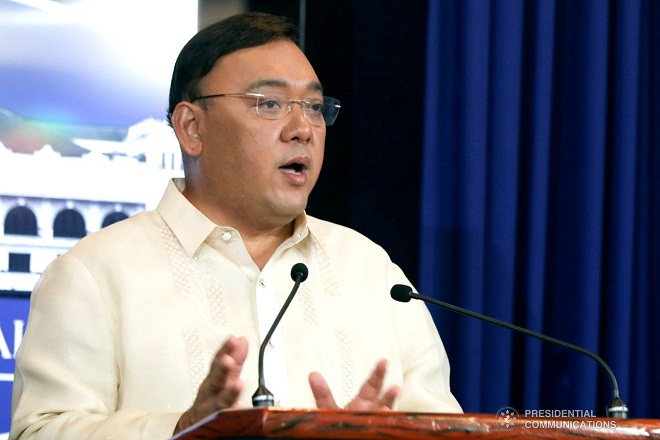 Malacañang said on Thursday Philippine diplomatic posts in the United States have been tasked to ensure the safety of the Filipinos there following the chaos in Washington.

In a televised press briefing, Presidential Spokesperson Harry Roque said that the government is monitoring the situation overseas.

"What is important right now is to ensure that no Filipino will be part of the chaos and our embassy and the consular office in Washington D.C. have been tasked to monitor and immediately inform  (the government) if any Filipino was hurt or dragged on the matter," he said.Roque also said Foreign Affairs Secretary Teodoro Locsin Jr. has expressed confidence that democracy in the US would not be affected by the chaos.

A woman  died after being shot when hundreds of supporters of President Donald Trump stormed the US capitol, news report said.