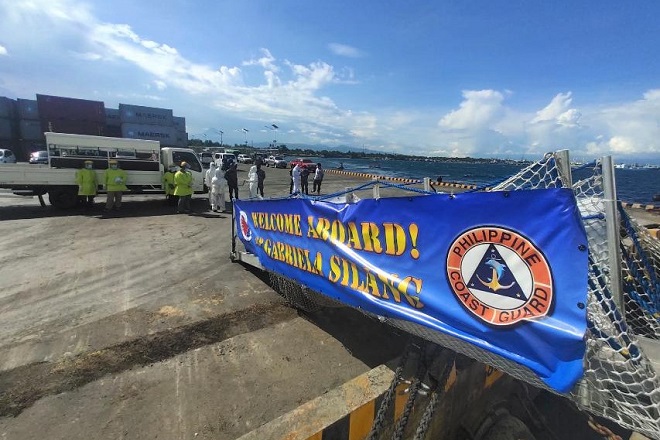 During the transport of indigenous people and locally stranded individuals, BRP Gabriela Silang met with BRP Malamawi along the Basilan Strait.

"After transporting the passengers at the port, BRP Malamawi returned to Basilan Strait to transport boxes of medical supplies for the PCG frontline personnel in the city," said PCG.