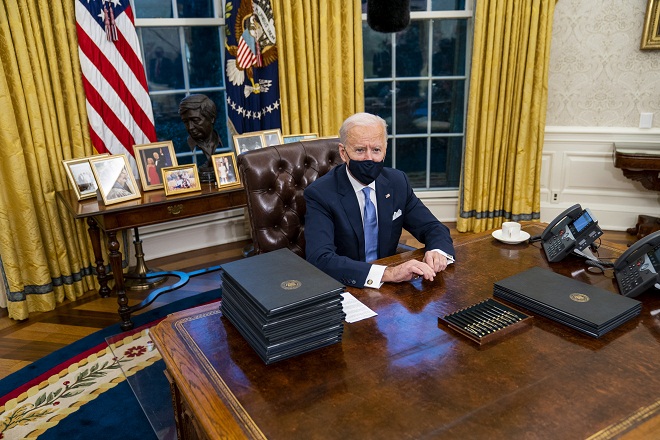 President Rodrigo Dutere will continue to push for an independent foreign policy as the Philippines looks forward for continuing its long standing partnership with the United States under the new administration of President Joe Biden, Malacanang said on Thursday.

“We in the Philippines look forward to continuing our long-standing partnership with the United States, in working together for a freer, more peaceful world,” he said.

Asked if the Philippine foreign policy towards US would change under the new leadership, Roque said, "Our foreign relations are consistent wth our policy. Our President is pushing for an independent foreign relation with priority on the interest of our nation and the people."

He said the Duterte administration also expects US to push for its own nationa interest.

"Of course, the friendship is there but there is a need for the two countries to push for their respective interests," he added.

Since Duterte assumed the presidency in 2016, he kept on stressing the need for other countries, including the US, to respect its own sovereignty and not to meddle on internal affairs of the country.

This was after his administration received international criticisms, including from former President Barack Obama, Biden's political ally, on the alleged extrajudicial killings due to Duterte's war on drugs.

Roque was not aware if Duterte made or would make a phone call to Biden to congratulate the latter on his formal assumption to office.

Biden, the 46th US president, succeeded Donald Trump whom Duterte considered as his friend. Celerina Monte/DMS