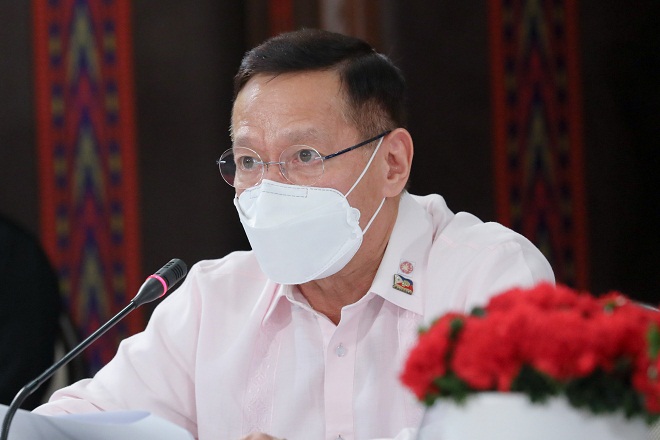 Philippines to include UAE in travel restriction – DOH

The Philippines is considering to include United Arab Emirates in the list of countries where travel restrictions have been imposed against foreigners due to cases of new strain of coronavirus disease, the Department of Health said on Thursday.

Health Secretary Francisco Duque III, in the "Laging Handa" public briefing, said his office will recommend to the Inter-Agency Task Force for the Management of Emerging Infectious Diseases to include UAE in the travel ban.

"We will recommend the inclusion of UAE in the list where there are already travel restrictions among countries with reported UK (United Kingdom) variant of COVID-19," he said.

This was after the DOH confirmed on Wednesday night the first case of new COVID-19 strain in the country involving a 29-year old real estate agent from Kamuning, Quezon City and who traveled with his girlfriend in UAE. The girlfriend was tested negative but still under strict quarantine along with the other individuals whom they have closed contact with.

Asked why its was only now that the government was considering the travel restriction against foreigners from UAE, Duque said it was because the UAE government did not make any official report regarding the presence of new COVID-19 strain.

But since the Filipino who traveled to UAE was infected with the new variant, he said the Philippine government has sent a report to said country.

"Now, we have the evidence that you (UAE) have the UK variant, that's why we will include them in the (travel) restriction," he said.

He said this will be discussed in the meeting of the Inter-Agency Task Force for the Management of Emerging Infectious Disease later Thursday.

Presidential Spokesperson Harry Roque, in a separate televised press briefing, said during the IATF meeting, they will also talk on whether the travel restrictions, which will expire on January 15, will be extended or not.

The Philippines has already imposed travel restrictions to over 30 countries, including Japan, the United States, UK, and China, due to presence of new variants of coronavirus. Celerina Monte/DMS