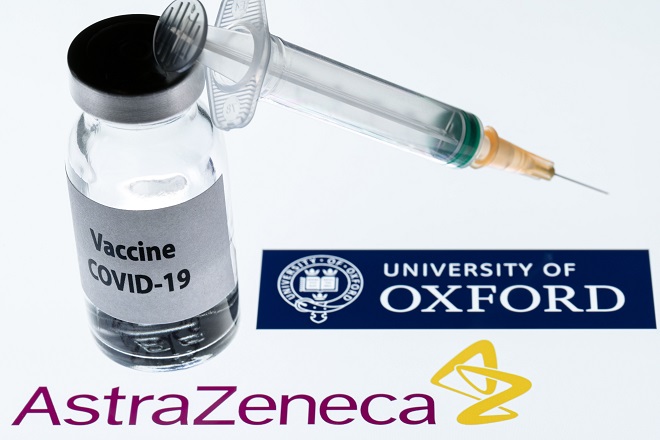 The Philippine government is set to sign this week a tripartite agreement with United Kingdom manufacturer AstraZeneca for the supply of about 20 million doses of vaccine for coronavirus disease, an official said on Wednesday.

In the "Laging Handa" public briefing, National Task Force Against COVID-19 Chief Implementer and Vaccine Czar Carlito Galvez Jr. said the government has also allowed the local government units and private sector to sign deal with AstraZeneca for the procurement of the vaccine through the national government.

"Tomorrow, we will sign a tripartite agreement of more or less 20 million doses with AstraZeneca," he said.

Despite the inoculation against COVID-19 that has been going on abroad, Galvez insisted that the Philippines is still not being left behind in the immunization program.

"We are not being left behind because we are ahead in signing (for COVID-19 vaccines), we have 30 million (doses) with COVAX and 25 million with (China's) Sinovac," the official said.

Sinovac is expected to supply an intial 50,000 doses by next month.

Galvez said the national government has earmarked P82.5 billion for the procurement of the vaccines and has been talking with the seven different COVID-19 manufacturers.

"Based on our current negotiations, our negotiations with the seven vaccine (manufacturers) are successful. We will be able to purchase at least 148 doses from seven pharmaceutical companies, more than 100 million doses have been fully secured for production," he said.

Galvez said aside from the negotiations with the seven firms, the government has also bilateral discussions through the COVAX facility. Under this, he said the Philippines stands to receive fully subsidized doses for 20 percent of the country's population or roughly 18 million Filipinos.

For this year, the government is eyeing to inoculate between 50 to 70 million Filipinos to attain herd immunity. Celerina Monte/DMS