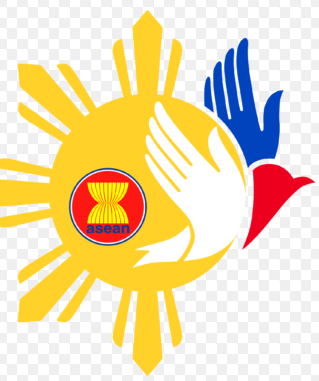 The Philippine government may want to gradually shift its P80 billion budget for the conditional cash transfer program to another scheme to provide livelihood to the poorest  Filipinos, according to the ASEAN Business Advisory Council (ASEAN BAC). In a press conference in Pasay City, Joey Concepcion, chair of ASEAN BAC, expressed doubt if the CCT or locally known as  Pantawid Pamilyang Pilipino Program really helped address poverty in the Philippines. "This government gives about P80 billion as conditional cash transfer to our poorest of the poor Filipinos. That P80 billion is just one-time expense every year. You don't know if it does really help poverty. It may be made poverty where it is and may be worse because they just wait for the check," Concepcion said. He was referring to the 4.4 million household beneficiaries of the program, which began  during the administration of President Gloria Macapagal-Arroyo. The government of President Benigno Aquino III increased the beneficiaries to 4.4 million families from less than one million during the Arroyo administration. The Duterte administration has continued the program, but it decided not to increase the number of household beneficiaries. Concepcion, who is Duterte’s adviser on entrepreneurship, said: "My advice to the government, to the President (Rodrigo Duterte), overtime this conditional cash transfer (fund) should be given to those working hard for livelihood projects." He said rechanneling the CCT fund could be done by reducing the budget by P10 billion every year, Concepcion said ASEAN BAC is set to host the first "Prosperity for All Summit" on Friday at the City of Dreams Manila. During the summit, with the theme "Partnering for Change, Prosperity for All," Concepcion said they invited Malaysian Prime Minister Najib Razak and Thailand Prime Minister Prayut Chan-o-cha to deliver speeches. Vietnam Prime Minister Nguyen Xuan Phuc was also invited, but there was no confirmation if he would attend, he said. "We have the Prosperity Summit because we want to know what were the programs used by Malaysia, Thailand in really helping the poor people there transform their lives and achieve greater prosperity," Concpecion said. He noted that in the Philippines, 99.6 percent of businesses are micro, small and medium enterprises (MSMEs) and only 0.4 percent were large companies. "This is the scenario in many ASEAN (countries) more or less," Concepcion said, as he stressed the need to really help the MSMEs. During the Propsperity Summit, he said ASEAN BAC will also launch the ASEAN Mentorship for Entrepreneurs Network (AMEN), which aims to provide a private-public partnership platform where mentors and world class teaching modules for MSME empowerment can be developed and actively shared among ASEAN member states, he said. (Celerina Monte/DMS)