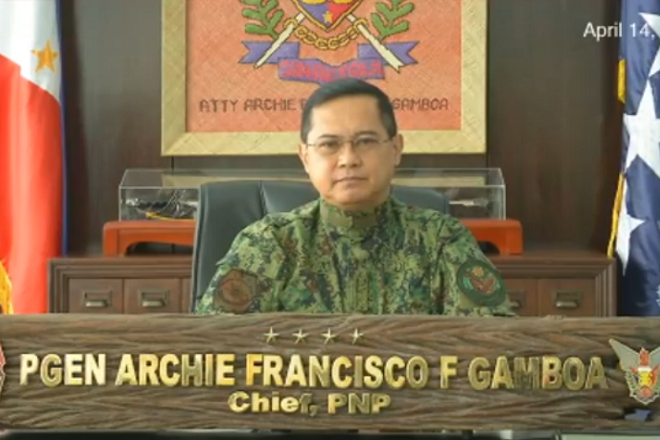 PNP, AFP to abide by NBI decision on Jolo shooting

The chief of the Philippine National Police (PNP) on Tuesday said the shooting incident in Sulu involving cops which resulted to the death of two Army officers and two soldiers is only an “isolated case”.

Police General Archie Francisco Gamboa said when the incident happened last Monday, he immediately called Armed Forces of the Philippines (AFP) chief of staff General Felimon Santos Jr and they both agreed the NBI is going to do the investigation.

“The PNP together with the AFP are both open to the investigation and my request for the NBI (National Bureau of Investigation) is an impartial investigation so that the truth would come out,” he said.

“It’s an isolated case and the PNP together with the AFP still continues to enjoy the confidence between each other. I hope that will clarify things,” he added.

Gamboa said both law enforcement agencies are ready on whatever findings of the NBI.

“The PNP and the AFP will together embrace whatever the recommendations, if ever there are charges that would be filed, then the PNP will always be open to it,” he said.

“As a matter of fact me and the Chief of Staff are both flying to Cebu tomorrow… to show the people that although we grieve… it’s an isolated case and the PNP together with the  AFP still continues to enjoy the confidence between each other I hope that will clarify things,” he added.

Gamboa said the nine cops are under the custody of the provincial police director of Sulu.

“And at any time that their presence or their affidavits may be taken, we are always open,” he assured. Ella Dionisio/DMS