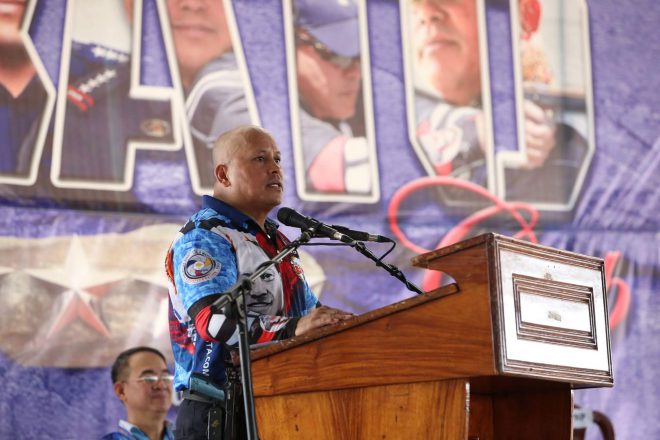 The Philippine National Police ordered its regional directors to list all detention cells following the discovery of an allegedly secret jail at the Tondo police station in Manila last week. Thirteen police officials were administratively relieved after an inspection by the Commission on Human Rights uncovered this. This is to ensure that no hidden jails exist in  police stations,”said PNP Director General Ronald dela Rosa during a shooting competition in Lipa, Batangas. "None of those jails should exist because it's against the law," said Dela Rosa. He offered another solution to decongest their jails. "I told them if the jail is already filled, you have no choice but to tie the detainees to the posts inside your station or the railing so they are unable to escape," said Dela Rosa. “I'm just being practical. What will I do? What will our policemen do if there is really no more space available?" said Dela Rosa. Last Thursday, the CHR discovered an allegedly secret jail at the Manila Police District's Station 1. Several drug suspects were held and there where allegations police officers demanded money in exchange for their release. Dela Rosa explained the cops were trying to maximize the space at the station, but he could not accept it as a justification for a hidden cell. “I won’t accept that reason because it’s really a violation," he said. DMS