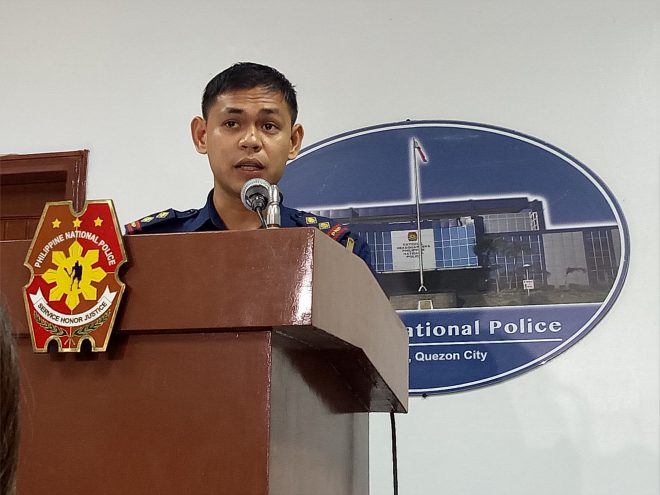 The Philippine National Police’s Highway Patrol Group has retrieved a total of 606 vehicles from the ‘rent sangla’ scam out of  the projected 1,800 and has released 479 units as of July, its spokesman said Friday. “We still have 123 impounded vehicles. The reason for this is these motor vehicles still are under investigation or the registered owner, or the financing institution or the bank failed to submit pertinent documents,” Senior Inspector Jem Delante said. Delantes said based on their records some 1,800 vehicles were siphoned to this scheme. ”I think we have recovered around half because the NBI in Tagaytay and other agencies, including our local police, have gotten some vehicles,” he said. The scam operated in Region 1, Region 2, Region 3, Region 4a and 4b , Region 8, Region 9, Region 10, Region 12 and Cordillera and Metro Manila, Delantes said. The perpetrators of this scam will convince car owners to join them in a rent-a-car service where their cars will be rented for profit. The owners will get paid but they do not know their vehicles will be sold to other people. A victim told a TV report last February these persons will offer car owners P30,000 to P35,000 for a month’s rent of a sedan and P40,000 to P45,000 for SUV. Delantes said Rafaela Asuncion, alleged mastermind of the scam and other suspects, have been filed with estafa case before the Department of Justice. "Unfortunately, the preliminary investigation has just finished . The coverage of this case is big. The task force created by the DOJ is still investigating...and we are still waiting for the release of the resolution or the warrant of arrest for these people", Delantes said. He said a trusted employee of Asuncion came to the HPG and agreed to cooperate in the investigation. "The essential thing that the person shared to us is how the group operate, how many vehicles were involve and that person also gave us documents to prove the numbers of involved vehicles", he said. Delantes said some vehicles were released through several banks including PS Bank, Eastwest Bank, BDO, UCPB, China Bank, Metro Bank, BPI, Maybank, Bank of Commerce, Sterling Bank , Union Bank Asia United and PNB. There were vehicles released in financing firms like Toyota Financial Services Inc. , PB Com Financing, Prestige Fame Finance Corp., Orix Leasing, Oriental Assurance, and Eastwest Bank Financing, he said. "For us to have a solid case, the DOJ has created a task force against the rent sangla (scam).. because what we want here is we can come up with a solid case of syndicated estafa because syndicated estafa is non-bailable… If it’s just estafa it's a bailable case", he said. (Alanna Ambi/DMS)