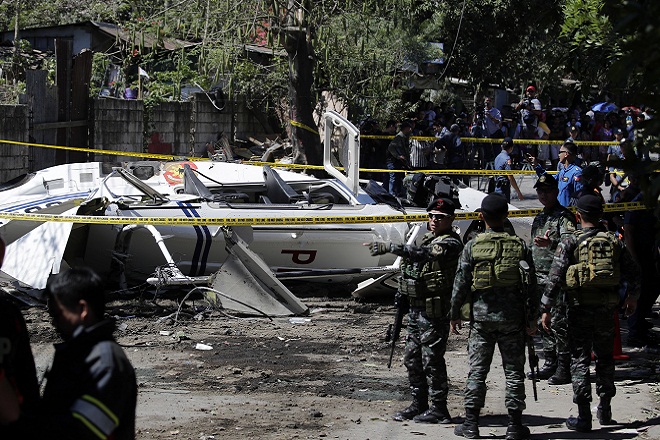 Gamboa said he approved the recommendation of the Special Investigation Task Group after reviewing it Sunday night.

Gamboa's group inspected a PNP facility in Laguna. After the inspection, their helicopter tried to take off but they hit high tension wires, causing the crash.

During the incident, the PNP chief’s pilots were Lt. Colonel Ruel Zalatar and Lt. Colonel Rico Macawili while his crew was Senior Master Sergeant Lujis Sistona.

Gamboa said they are now assigned at the Special Action Force (SAF) Administrative Holding Unit while waiting for the investigation.

Aside from Gamboa and the crew, his aide de camp and the PNP spokesperson, Police Brigadier General Bernard Banac, who were injured during the crash,  Directorate for Intelligence chief Major General Mariel Magaway and Major General Jose Maria Ramos spent a long time in the hospital.

Last nonth, Magaway was released from the hospital while Ramos is still confined.

“Hopefully by next year the air unit will be a national operational separate unit so that they can be headed also by a police brigadier general and then there will be a separate entity so that they will not be under SAF,'' said Gamboa. Ella Dionisio/DMS