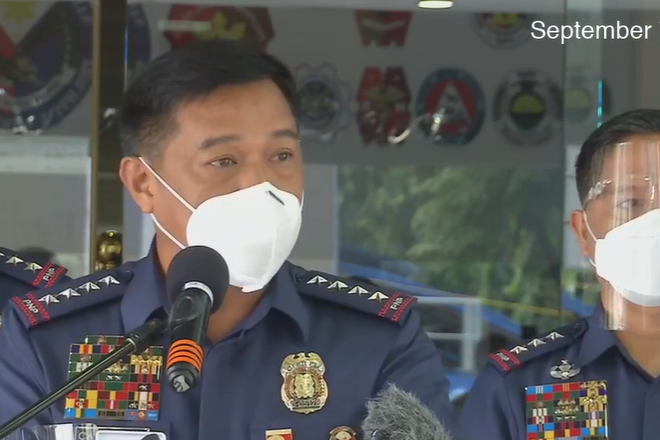 The chief of the Philippine National Police (PNP) on Wednesday said killings from the government’s campaign against illegal drugs did not double during the COVID-19 pandemic.

In a TV interview, Police General Camilo Cascolan said there is only an increase of at least nine or 10 cases during the COVID-19 timeframe.

"That's not true. The figures did not double during the COVID infection or time frame… What I would want to tell you is just it increased for at least nine or from 200, I think, to 210," Cascolan said.

The PNP chief made the statement after  Human Rights Watch (HRW) said from April to July 2020, police killed 50 percent more than they did in the previous four-month period.

HRW based their statement from the Philippine Drug Enforcement Agency (PDEA) data showing that 5, 810 were killed as of end of July.

“The number of fatalities in these ostensible drug enforcement raids, in which the police routinely claimed that the victims fought back, jumped dramatically from the 26 deaths recorded by the PDEA in five months from July to November 2019,” he added.

“Thousands of other drug suspects have been killed by unidentified assailants, many of whom are believed to be plainclothes police officers or vigilantes operating in coordination with local authorities. The United Nations Office of the High Commissioner for Human Rights, acting on a resolution passed by the UN Human Rights Council in June 2019, reported more than 8,600 people have died in Duterte’s “drug war”,” Conde alleged.

Cascolan, who is the co-author of the reinvigorated Oplan Double Barrel, said they are more focused on high-value targets and small-time drug users should not be killed.