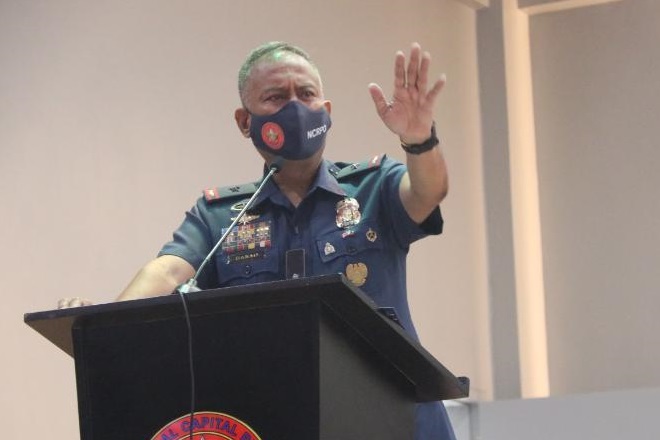 The chief of the National Capital Region Police Office (NCRPO) on Monday said they will be asking for more time if they cannot submit more evidence on the case of Christine Dacera by January 13.

“As of now, we are still collating pieces of evidence, especially statements from the witnesses and still awaiting the result from forensic science conducted by the crime lab,” Brig. Gen Vicente Danao Jr said in a press briefing.

“All of these will be properly submitted before the fiscal during the preliminary investigation. If we cannot (make it) on January 13, we will be asking the fiscal for an extension,” he added.

Danao said it is up to the prosecutor to determine how long will be the extension to the police.

In an interview with reporters, Danao said they are still hoping for the best in their investigation.

“We just hope for the truth… It doesn’t mean that when we are investigating, we are pushing for the angle (of) rape… What we want is the truth if there is really a rape or none,” he said.

Since they filed rape with homicide cases against 11 individuals, the NCRPO chief said their investigators must answer this during the preliminary investigation.

“In case no one will appear to give a statement, we will only rely on the forensic trial,” he said.

Based on the medico legal report released by the Makati police, Dacera died from ruptured aortic aneurysm.

She was found lifeless in a bathtub inside a hotel room on January 1 after celebrating New Year's Eve with her friends.

Last week, Danao admitted that filing of the case by Makati police was too early and was not carefully studied. Ella Dionisio/DMS