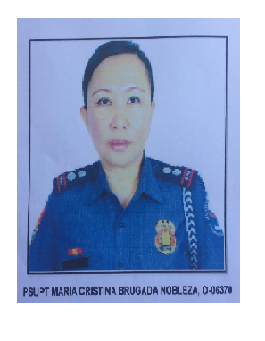 A policewoman and her boyfriend who is an alleged member of Abu Sayyaf Group (ASG) were arrested in a checkpoint in Bohol Saturday night. PNP Director General Ronald Dela Rosa said the suspects were captured after they tried to avoid the first checkpoint at the vicinity of Clarin town. Arrested were Superintendent Maria Christina Nobleza while her boyfriend who was driving the vehicle was identified as Reenor Dungon. “The investigation shows that, initially this is what we have come up with is that she is a “Balik Islam”. She is romantically involved with the ASG member who was her driver, whom we later identified as Reenor Dungon who is a member of ASG… boyfriend or girlfriend, I don’t know if they live-in, but they are in love with each other,” he said. “Her criminal and administrative case will surely dismiss her from service. She is sleeping with the enemy,” he added. Dela Rosa emphasized based on initial investigation, the suspect were trying to rescue the remaining Abu Sayyaf members in the province of Bohol. “That is just the first impression, why they are there but the investigation is still ongoing,” he said. Dela Rosa said although Nobleza is a policewoman, her action is not sanctioned by the PNP organization. “Her relationship with the Abu Sayyaf, and her being a “Balik Islam” that is personal, which is not sanctioned by the PNP. That is why she was arrested and will be charged,” he said. Dela Rosa said because the two are considered high-risk detainees because of their link to the terrorist group, police are requesting they should be jailed at the detention facility in Camp Crame. Dela Rosa said during their arrest the two were with two others, one of them is the mother-in-law of known terrorist personalities including Marwan, Khadaffy Janjalani, Abu Sulaiman and Akmad Santos. He said the 13-year-old child of Akmad Santos, a former Rajah Sulaiman Movement leader who is detained in Bicutan jail, was also with them. Dela Rosa said the child was turned over to the social welfare department while the mother-in-law is still under police custody. “She is still under the police custody but it doesn’t mean that the sin of her child is also her sin,” he said. (Robina Asido/DMS)