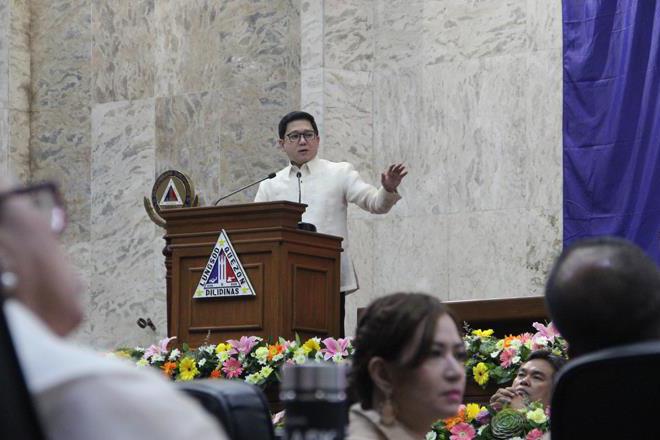 Quezon City will not allow condoms to be distributed in public schools, Mayor Herbert Bautista said in a statement on Sunday.

In a text message sent to the city health officer, Bautista said: "We will not allow the distribution of condoms in schools. We will allow the use of QC public health facilities, but not QC public schools."

The Quezon City Epidemiology and Surveillance Unit denied a statement released by the Health Department that there was a condom distribution made in public schools last week.

Senator Tito Sotto said in a radio interview the department should focus on more important programs than distributing condoms. He  advised them to work more on information campaign.

"Work on information campaign. It is much effective instead of giving condoms," he said.

The health department said they are set to pilot-test the distribution of condoms in National Capital Region, Central Luzon, and CALABARZON where there are highest incidence of HIV/AIDS  among youth aged 15-24 years old.

“The areas with highest incidence of HIV/AIDS among 15-24 years old, those are where we will pilot the program. Basically, that is NCR, Region 4A, and Region 3,” said Health Secretary Paulyn Ubial last month.

The health chief said they are looking to start the program by the start of school year 2017-2018. Ella Dionisio/DMS