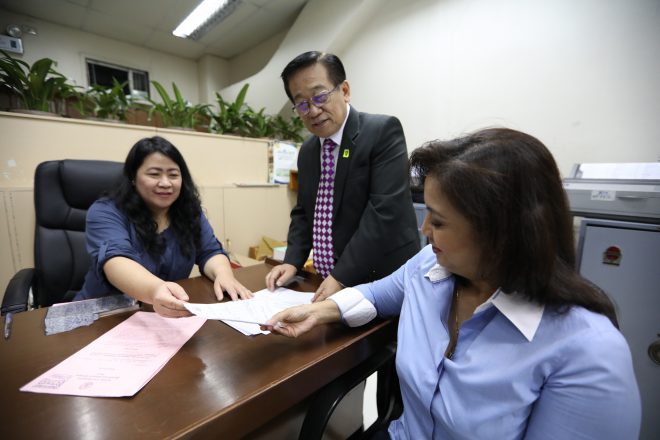 Vice President Leni Robredo has petitioned the Presidential Electoral Tribunal (PET) to junk the motion of former Sen. Ferdinand Marcos Jr. seeking dismissal of her counter-protest for non-payment of the cash deposit earlier required by the tribunal. In a comment, Robredo through lawyers Romulo Macalintal and Maria Bernadette Sardillo, said Marcos was misplaced in citing previous rulings of the Supreme Court in his motion to dismiss the Vice President’s counter-protest due to non-payment of required cash deposit. According to Robredo, Marcos’ motion should be moot and academic as she has complied with the tribunal’s order dated April 25, paying the first installment of the cash deposit for her counter-protest amounting to P8 million last May 2, 2017. The second payment of P7.43 million is to be turned over to the PET, composed of all the 15 justices of the SC, on or before July 14 as stated in the March 21 resolution of the tribunal. Marcos paid P36.023 million of the P66.223 million for his protest involving 132,446 precincts covering 39,221 clustered precincts in 25 provinces and five cities in the country. The PET set for June 21 the preliminary conference jointly on the protest and counter-protest filed by Marcos and Robredo. DMS