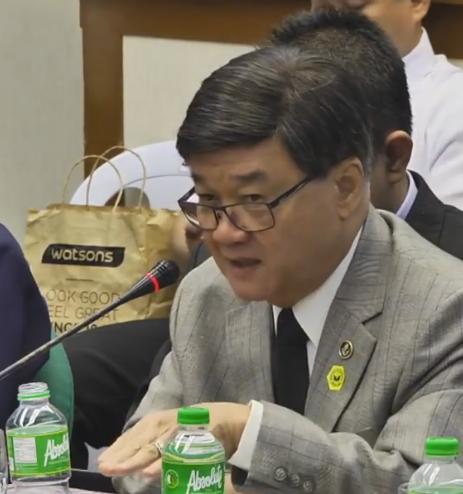 SAF contingent at NBP will be replaced by end of the month:DOJ

Police commandos deployed last year to secure the maximum security compound of the New Bilibid Prison in Muntinlupa City where most high profile inmates are detained will be replaced by the end of this month. Justice Secretary Vitaliano Aguirre II said this Tuesday after hinting some Special Action Force personnel might have been tempted by huge amounts involved in the illegal drugs trade that resulted in the resurgence of trade inside the prison. “We have already made a request to the leadership of the SAF less than a month ago,” Aguirre said. He said a new SAF will probably come in by the end of this month. There are 330 SAF personnel in the New Bilibid Prisons. Aguirre said the illegal drugs trade inside the national penitentiary is small compared to the previous years. President Rodrigo Duterte last year said 75 percent of the illegal drugs in the country came from the national penitentiary, leading him to deploy police commandos to replace the Bureau of Correction jail guards securing the maximum security compound. Bureau of Corrections Director Benjamin Delos Santos said any narcotics trade inside the NBP is small and they are doing everything to prevent a resurgence of the illegal drugs trade. “It is not a large-scale drug trade, maybe some sachets were smuggled inside. The large-scale trade is on the outside),” Delos Santos said. Philippine National Police Director General Ronald Dela Rosa said in a press conference in Camp Crame said he wants to replace the SAF assigned at New Bilibid Prisons but he added the SAF does not totally control the New Bilibid Prisons, only Building 14 and maximum security. "Before the Bilibid drug lords were in Bldg 14 that was guarded by SAF, now it was moved to maximum. The SAF guards Bldg 14…there are also drug lords moved to the medium…They do not control that. I just like you to know that we do not totally manage the Bilibid", he said. Dela Rosa said the other drug lords were transferred to the medium-security area. “If the drug trade will continue there, they will say SAF is behind it. I will talk to the director of the SAF what is the best option. We are overstretched. The Special Action Force are very much engaged in the war in Marawi and we are monitoring the Zamboanga Peninsula, Central Mindanao,” he said, Dela Rosa said it would perhaps be better if the SAF were replaced in New Bilibid Prisons. Dela Rosa said SAF cannot confiscate contraband like cell phones, laptops and computers entering the prison because they have no control of the medium and minimum security areas. (DMS/Alanna Ambi)