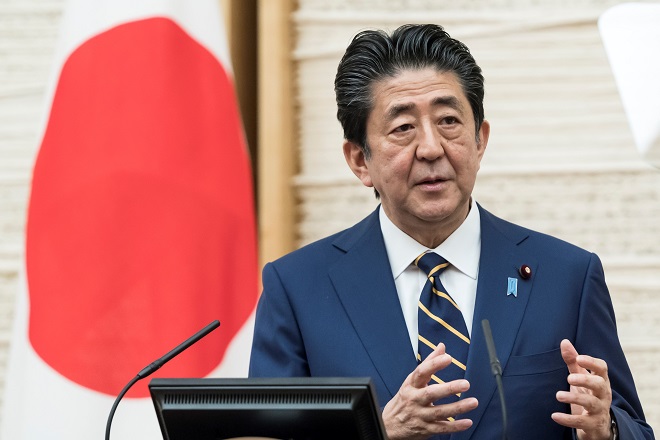 The Senate on Tuesday adopted a resolution commending Japan's longest serving former Prime Minister Shinzo Abe for his significant contribution in strengthening relations between Japan and the Philippines.

Abe, Pimentel said, has paid great attention and value to Japan's strategic relationship with the Philippines and has deepened the partnership by offering to join in peace-building efforts, particularly in the Bangsamoro Autonomous Region in Muslim Mindanao and by being involved in various mechanisms like the International Monitoring Team (IMT), the International Contact Group (ICG) and the Independent Commission on Policing (ICP).

Pimentel added that Japan has also contributed to the upgrading of the Philippines' defense security capabilities, particularly in maritime security through the transfer of defense equipment and technology such as the Philippine Coast Guard patrol vessels, high-speed boats, surveillance radars and TC-90 maritime patrol aircraft.

He also said that it was under Prime Minister Abe's tenure that the bilateral trade between the Philippines and Japan has been robust and strong, with Japan being the country's top three trading partner and consistent main source of investment.

It was also during Abe's term where the Japanese government substantially relaxed the single-entry and multiple-entry visa requirement for Filipino nationals, making it possible for more Filipinos to work and live in Japan.

Abe was the first head of state to visit the Philippines under the administration of President Rodrigo Duterte which, according to Pimentel, is a testament to the importance Abe gave to the Philippines-Japan relations.

Abe also embarked on two other official visits to the Philippines in December 2006 and July 2013 during the administrations of former Presidents Gloria Macapagal-Arroyo and Benigno Aquino III, respectively.

Pimentel noted that even amidst their own challenges during this time of the pandemic, Japan, under the leadership of Abe, contributed to the Philippines' efforts against COVID-19 by inviting the Philippines to participate in the 42-country clinical trials of the anti-viral drug Avigan; donating $3.16 million in emergency assistance coursed through the United Nations High Commissioner for Refugees (UNHCR), UNICEF and Red Cross, and granting a 50 billion yen emergency response loan and other assistance coursed through private donations.

"Prime Minister Abe's tenure is historic and significant because of his commitment to maintain a close relationship with the Philippines which has brought our relations to where it is now -- reinvigorated, strong, friendly and cooperative," Pimentel said.