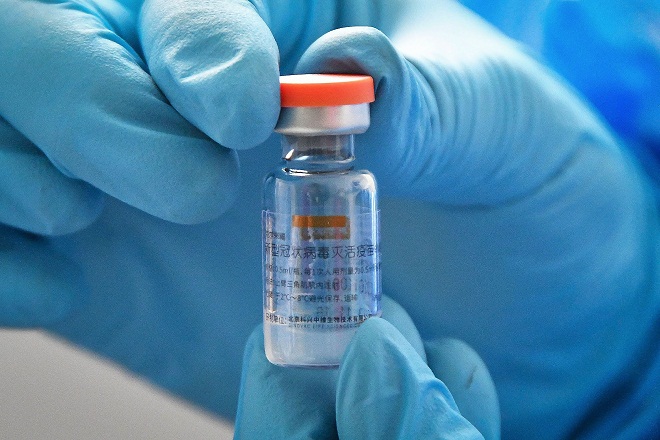 Sinovac EUA to be approved before Feb. 20, says Galvez

The Philippines is eyeing the approval of the emergency use authorization of China's Sinovac Biotech vaccine against coronavirus disease before February 20, an official said on Wednesday.

"We have seen that the EUA will be approved before February 20. That is our arrangement," said National Task Force Against COVID-19 Chief Implementer and Vaccine Czar Carlito Galvez Jr. in the "Laging Handa" public briefing.

The government has secured 25 million doses of COVID-19 vaccines from Sinovac to be delivered in the country in tranches. An initial 50,000 doses is expected to be delivered next month.

But before the Sinovac vaccine can be used in the country, the Food and Drug Administration has to issue first the EUA.

However, there were reports that Sinovac's efficacy rate was only 50.4 percent as shown in the trial conducted in Brazil.

Galvez said they will wait for the official pronouncement from the vaccine expert panel regarding Sinovac since the latest information was only based on news reports.

But he assured that whatever vaccine the government will approve should be "scientifically proven" as it undergoes evaluations by the different regulatory authorities.

Health Undersecretary Maria Rosario Vergeire, in the same briefing, said only those FDA approved vaccines will be used in the country.

Among the considerations for approving the vaccines are those included in the emergeny use list of the World Health Organization and those which have undergone clinical trials and approved by other countries.

Vergeire said the government has tapped experts who have been given the freedom to study all the vaccines and are expected to give the recommendation. Celerina Monte/DMS